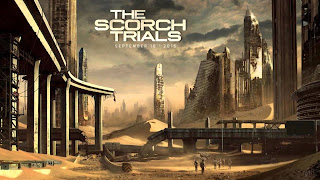 When we last left this group of kids, they had made it out of the maze and thought they were finally free. Well, think again. Get ready for Maze Runner: The Scorch Trials!

In this next chapter of the epic “Maze Runner” saga, Thomas (Dylan O’Brien) and his fellow Gladers face their greatest challenge yet: searching for clues about the mysterious and powerful organization known as WCKD. Their journey takes them to the Scorch, a desolate landscape filled with unimaginable obstacles. Teaming up with resistance fighters, the Gladers take on WCKD’s vastly superior forces and uncover its shocking plans for them all.

Quiznos and Maze Runner: The Scorch Trials are rolling out the red carpet for fans through a new sweepstakes launched this month. Fans can enter at toasty.tv/scorchtrials/ for a chance to win a VIP trip to Hollywood, home theater, and much more! Sweepstakes ends October 12.

Quiznos, home of the hot toasted sub, is also putting guests’ tolerance for spice to the test! Their newest culinary creation, the SatisFIRE, incorporates two varieties of hot peppers and draws inspiration from the brand’s new partnership with 20th Century Fox’s film Maze Runner: The Scorch Trials, in theaters now.

I'm offering one lucky reader the perfect prize pack to fire you up for Maze Runner: The Scorch Trials! 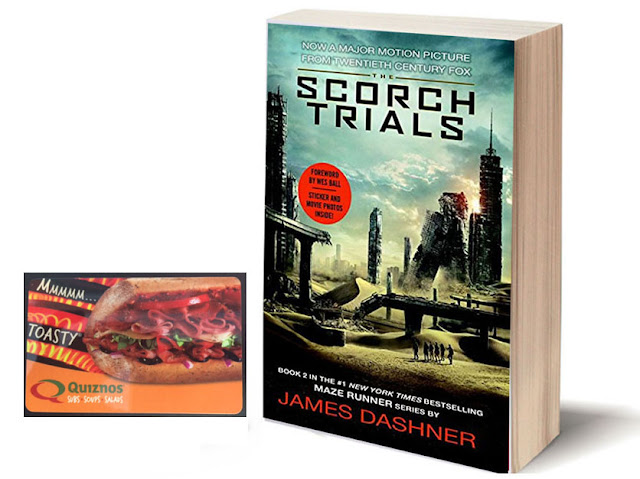 To WIN, just complete all of the steps below and leave your email info in the comments section: