Who hasn't dreamed of becoming a Super Hero? I know I have! If I could be a Super Hero for just one day, I would like to fly and have super strength. Of course, I would be known as none other than IncrediMom!

Don't wait another second! Create your ultimate super hero with a fun name, fun look, super powers and so much more by clicking here: http://bit.ly/1Elk5bi . 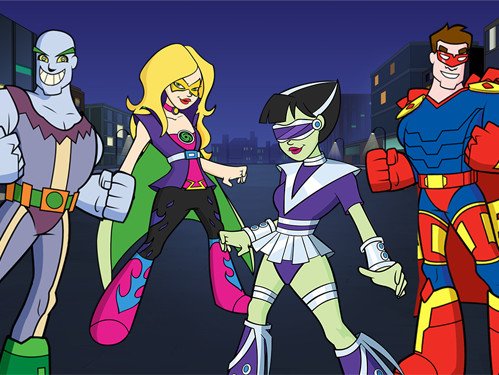 Here is your chance to win 1 of 5 awesome gift sets from Warner Bros. You won't want to miss out on a toy gift basket that could include Teen Titans Go Action Figures & T-Tower Set, A Batman Unlimited Action Figure, DC Super Friends Gift Set and Batmobile. I know I want one!


Also check out some of the amazing new videos from Warner Bros, including favorites such as Scooby Doo & Batman Unlimited. There will be many more updates over the next year, so don't forget to subscribe to their channels!
DCKids Channel:


If you could be a Super Hero, what would your name be and which super ability would you choose?
Posted by Unknown at 9:53 PM