Power Rangers Dino Charge is in full swing and no great series would be complete without awesome merchandise to get the kids all fired up for show time! The final new episode of the series is getting ready to air on Saturday, April 4th and we are definitely charged up and ready to go Dino. 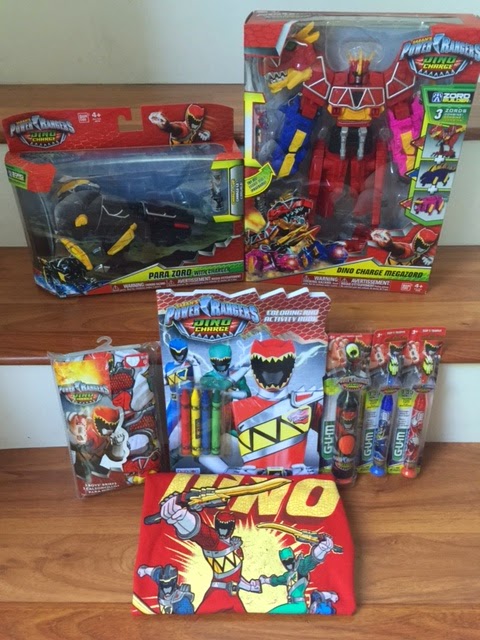 You can find all of the above Power Rangers Dino Charge merchandise and so much more at local retailers like Target, Walmart and Toys R Us! I don't know which items my kids are more excited about. The toys, the apparel or the toothbrushes? My youngest ranger immediately jumped into his Dino Charge t-shirt and pulled out all of the fun underwear. It looks like the Deluxe Megazord is his favorite! The Dino Charge Megazord can morph between 3 Dino Zords to form the massive Megazord that brings ultimate strength to any battle. You can collect and combine with any of the other Zord Builder items to create unique and powerful Megazord combinations. Jackson used his new Dino Zord with Charger to create his own Megazord and Parker gave him the "thumbs up"! 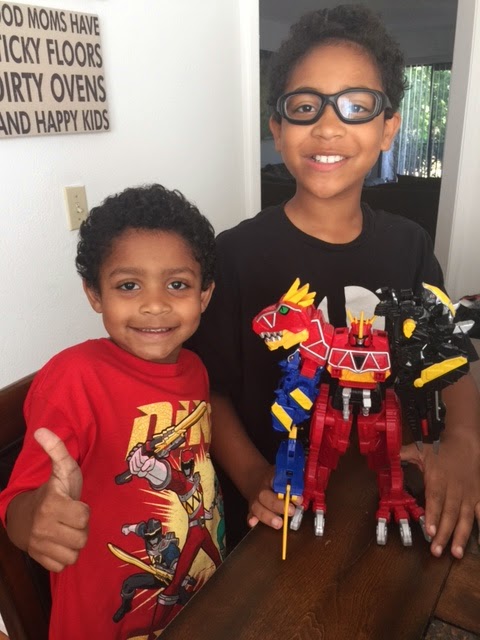 Mya was most excited to see the Pink Dino Zord and she quickly claimed it "the most powerful Dino of all times!!!". Then the real battle began! 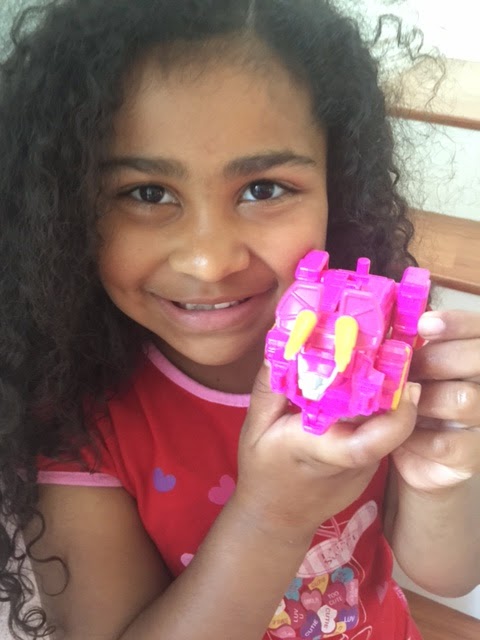 Be sure to catch all of the dino-fueled action on Saturday, April 4th! The final NEW episode will be airing on Nickelodeon at 12pm (ET/PT).

Disclosure: I was not compensated for this post. As a Power Rangers Parent I was offered sample products in order to facilitate my review. These are just my two cents!
Posted by Unknown at 11:17 AM