Dinosaurs once again roam the earth when the spectacular production, WALKING WITH DINOSAURS THE ARENA SPECTACULAR, based on the award-winning BBC Television Series, returns to North America. WALKING WITH DINOSAURS is a live show featuring 20 life-size dinosaurs that walk, roar and stomp around the stage. This arena spectacular includes a Tyrannosaurus Rex, Brachiosaurus, Stegosaurus and more.

WALKING WITH DINOSAURS THE ARENA SPECTACULAR will be performed at STAPLES Center for a limited seven-performance engagement from Thursday, September 11 to Sunday, September 14.

This updated production will showcase changes to the dinosaurs based on the latest scientific research including the likely feathering of some species. Worldwide, more than eight million people have seen this show in 243 cities and over 2,000 performances. 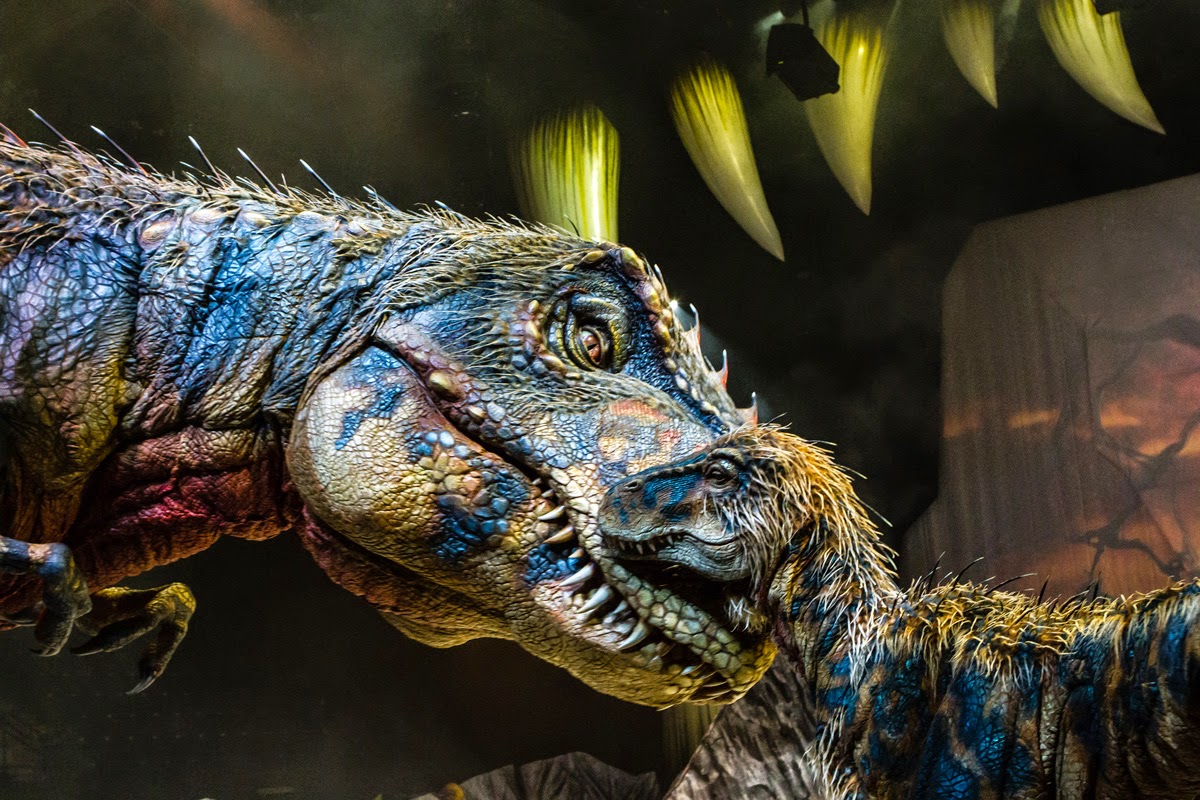 GIVEAWAY:
I have a Family 4-Pack of tickets up for grabs! To win, just complete the steps below and leave your email info in my comments section.

*Winner will receive 4 vouchers that will need to be redeemed at the Staples Center box office. Vouchers are not tickets. Vouchers must be presented to box office 48 hours prior to the show date that you wish to attend.
Good Luck!

THIS GIVEAWAY IS NOW CLOSED!
Posted by Unknown at 10:46 AM