This is Where I Leave You!

I absolutely adore Jason Bateman...ADORE! He is by far one of my favorite comedic actors. He literally makes me laugh out loud. His casual sarcasm reminds me a lot of my own sense of humor and I am so excited to share a new film coming to theaters with an awesome cast of funny actors. Jason Bateman is joined by Tina Fey, Jane Fonda and Dax Shepard in this hilarious film about family and heartache. 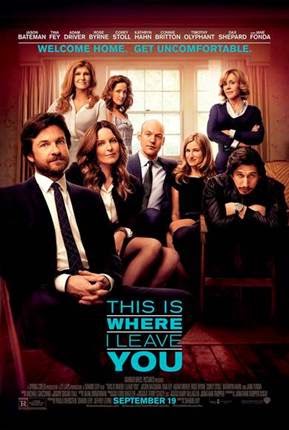 When their father passes away, four grown siblings, bruised and banged up by their respective adult lives, are forced to return to their childhood home and live under the same roof together for a week, along with their over-sharing mother and an assortment of spouses, exes and might-have-beens. Confronting their history and the frayed states of their relationships among the people who know and love them best, they ultimately reconnect in hysterical and emotionally affecting ways amid the chaos, humor, heartache and redemption that only families can provide—driving us insane even as they remind us of our truest, and often best, selves.


In theaters September 19th!
Posted by Unknown at 5:15 PM