We recently attended the Annual California Strawberry Festival in Oxnard and it was my very first time getting out there to partake in all of the delicious festivities. We had no idea what we were in for and BOY, was I surprised! There were strawberries everywhere! Strawberry Pizza, Strawberry Popcorn, Strawberry Lemonade, Strawberry Beer, and so much more! First up, was the complimentary shuttle to the festival. My kids were so excited! 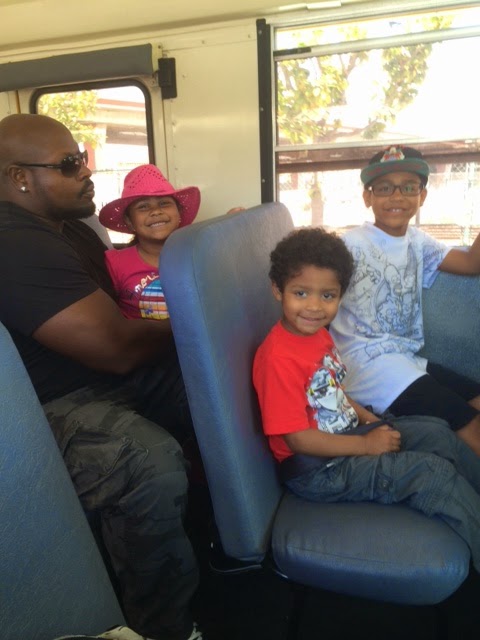 Once we arrived at the festival, we knew that we just had to find Strawberry Shortcake. Mya would not rest until she had her picture taken with the one and only pink haired celebrity. It's all she had talked about all week long prior to the festival. Not only did we find her, but we followed her halfway around the festival just to get the perfect pic! 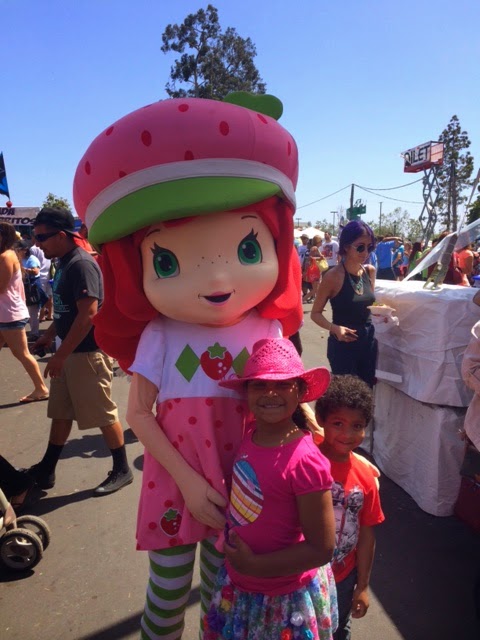 Of course, all of us #SSCBloggers had to get in a photo with Strawberry Shortcake too! She's the reason we all came out to play. 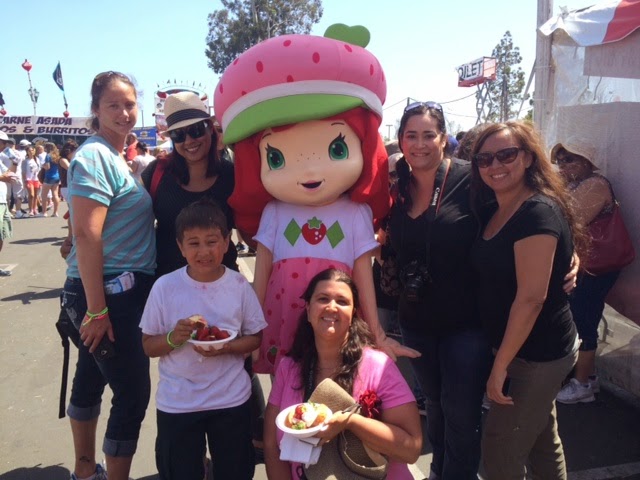 Now, that Mya could finally sleep at night, it was time to get our "strawberry" on and our first stop just had to be the Strawberry Shortcake Building Contest! Because, why not? Ha! My kids took turns piling on the pound cake, strawberries and whipped cream until all of their creations were just right. Then they found a shady spot to sit peacefully and inhale their delicious mountains of strawberry goodness!

Once they were successfully energized, we were off to explore the festival. We had so much fun trying all of the different strawberry recipes the festival had to offer and we even stopped for some BBQ and Rock Climbing...not your usual combo...I know!

Next up, was the Berry Best-Dressed Babies Contest. I couldn't wait to see all the cute wittle babies all dolled up in their berry best! The winner was going to receive a Babies R Us gift card and a basket full of goodies. So many adorable little ones turned out for the contest and the selection process was not easy, but in the end, the cutest was victorious! I think Jackson's favorite part of the day was meeting the Police Officers that were on duty at the festival. A little boy couldn't find his Mother and we watched the Police Officers carry him around until he was reunited with his family and we all gave them a round of applause. Jackson explained to the officers that he has been wanting to be a Police Officer since he was 3 years old. They all shook my little man's hand and made him feel so grown. Of course, I got a little choked up. 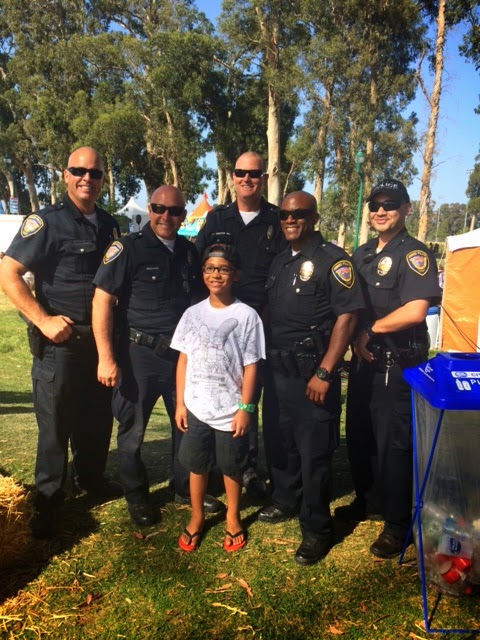 We had so much fun at the California Strawberry Festival and we came home with enough strawberries to feed a small village. It was time for the shuttle ride back to our car so we kept the good times going by making silly faces and singing the entire ride back! 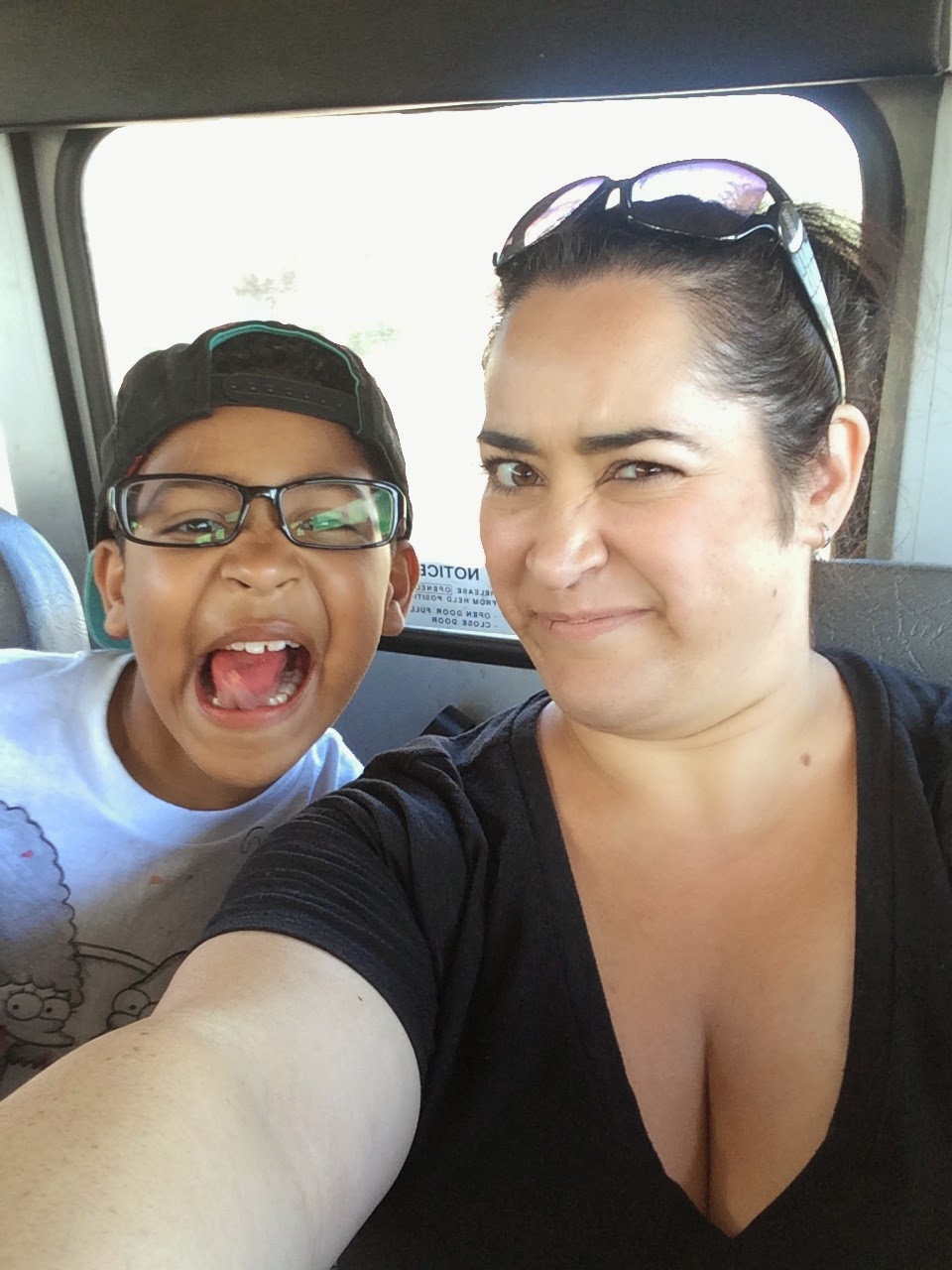 Disclosure: I was not compensated for this post. I was invited to attend the festival as an #SSCBlogger. These are just my two cents!
Posted by Unknown at 10:23 AM