Yes! It's true! Guy Fieri has a line of Keurig compatible coffee!

The coffee addict in me was over the moon when I received a sample pack of Guy Fieri's Flavortown Roasts. The only question was, where to start? With so many amazing flavors to choose from, the hard part was picking the first flavor to try. The distinct blends developed by Guy Fieri are a reflection of his unique style that he brings to his kitchen with every recipe.
“Really good coffee’s always been super important to me. It’s gotta be the real deal with big bold flavors,” said Fieri. “Over the past year, I’ve been working with an awesome team of coffee nuts to create a killer line that’s ready to rock! My fans are going to dig the huge taste, big aroma and funky flavors in my brand new collection.” 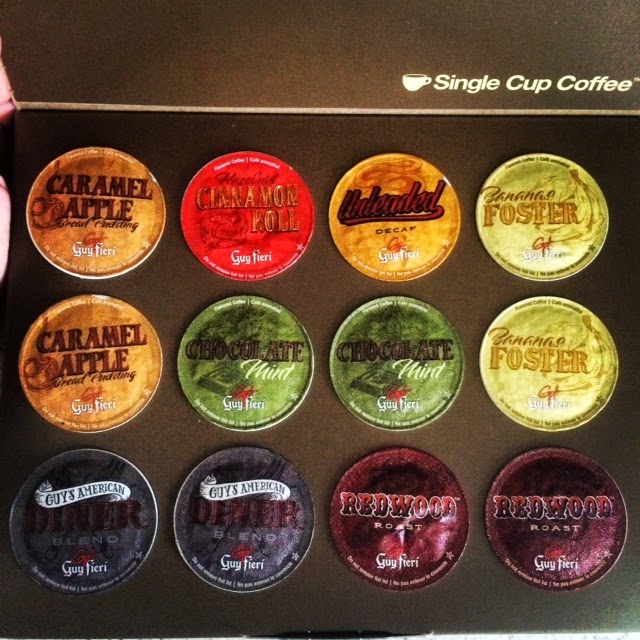 Guy Fieri’s Flavortown Roasts is available in eight different flavors including:
·       Bananas Foster: Sweet banana, caramelized sugar and cinnamon flavors!
·       Caramel Apple Bread Pudding: All the flavor from his righteous Caramel Apple Bread Pudding stuffed into your mug.
·       Chocolate Mint:  The rich and creamy taste of chocolate and cool, fresh mint is perfect any time of year.
·       Guy’s American Diner Blend: One thing you know about a diner is that they've got a great cup o' joe...so here you go!
·       Hazelnut Cinnamon Roll: Toasted hazelnut and big cinnamon flavors make this brew dessert in a mug.
·       Hot Fudge Brownie: His chocolate on chocolate Hot Fudge Brownie coffee comes to you straight from Flavortown!
·       Redwood Roast: Big, bold and strong like the mighty redwoods, this French roast will get your engine started.
·       Unleaded Decaf: Full of rich medium roast flavor, just packin' a little less horsepower. 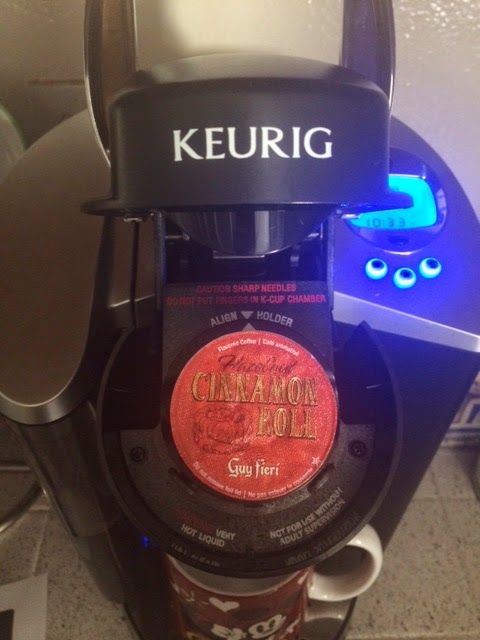 I finally had to let "Eenie Meenie Miney Moe" decide which flavor I was going to brew first. The Hazelnut Cinnamon Roll won! It was such a great cup of coffee. I didn't even need to use any coffee creamer. My cup was bursting with bold flavors of cinnamon and hazelnut. The perfect cup of coffee to help kick off my morning. My mother tried the Caramel Apple Bread Pudding and she loved it. I was actually surprised because she is not much of a dessert person. I think the Chocolate Mint would be great on a rainy day. I am really looking forward to making my way through the entire sample pack...one perfectly brewed cup at a time!
Disclosure: I was not compensated for this post. I was offered a sample pack of coffee in order to facilitate my review. These are just my two cents!
Posted by Unknown at 9:54 AM