Suddenly, a message from none other than Nick Fury, Director of S.H.I.E.L.D., appeared on the big screen. In that moment it was obvious what direction Disney Infinity was going to take and I instantly began to scream! My family is a DIE HARD MARVEL FAMILY! We have never missed a Marvel film...yes, even Daredevil...let's not talk about that. Everyone makes mistakes! But, I digress. Agent Fury mentioned Project Infinity and I lost it. First up to take the stage was Agent Coulson aka Clark Gregg and that was all I needed to pass out! 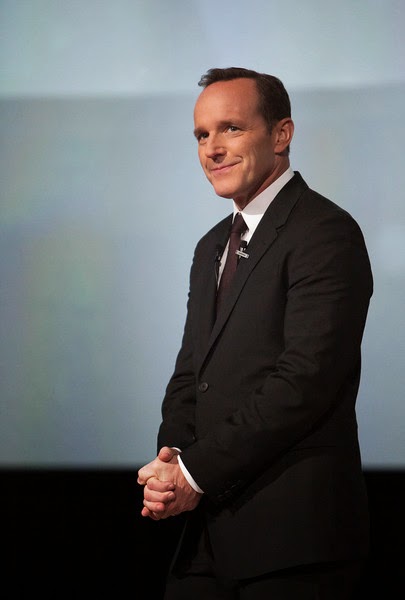 (Agent Coulson aka Clark Gregg courtesy of Disney Interactive)
Agent Coulson introduced President of Disney Interactive, Jimmy Pitaro and that's when the magic happened! Jimmy finally let the "cat out of the bag"! Disney Infinity 2.0 edition will bring the world of Marvel to life in Disney Infinity: Marvel Super Heroes!!!
I came to just in time to see what the figures will look like! Disney Infinity: Marvel Super Heroes will feature more than 20 new interactive figures from across the Marvel universe. Don't quote me on this, but I SWEAR I SAW GUARDIANS OF THE GALAXY IN GAMEPLAY! The all-new Toy Box mode will make it easier for players to create and share their levels and mini-games with family and friends. Throw in SKILL TREES, STAT SCREENS, LEADER BOARDS and the ability to upgrade your characters with a level cap 20 and Disney Infinity: Marvel Super Heroes sounds like a dream come true. We also heard from John Vignocchi, Executive Producer of Disney Infinity. He mentioned that they have been working hard on the locomotion of characters. Iron Man and Thor will be able to perform Hover Mode as well as Forward Flight all while being able to battle. He also confirmed that all the figures, discs and toy boxes from DI 1.0 will be fully compatible with DI 2.0! (All photos courtesy of Disney Interactive)
Are you ready for this?!?! Disney Infinity: Marvel Super Heroes will be available on PS4 and XBOX One!!! 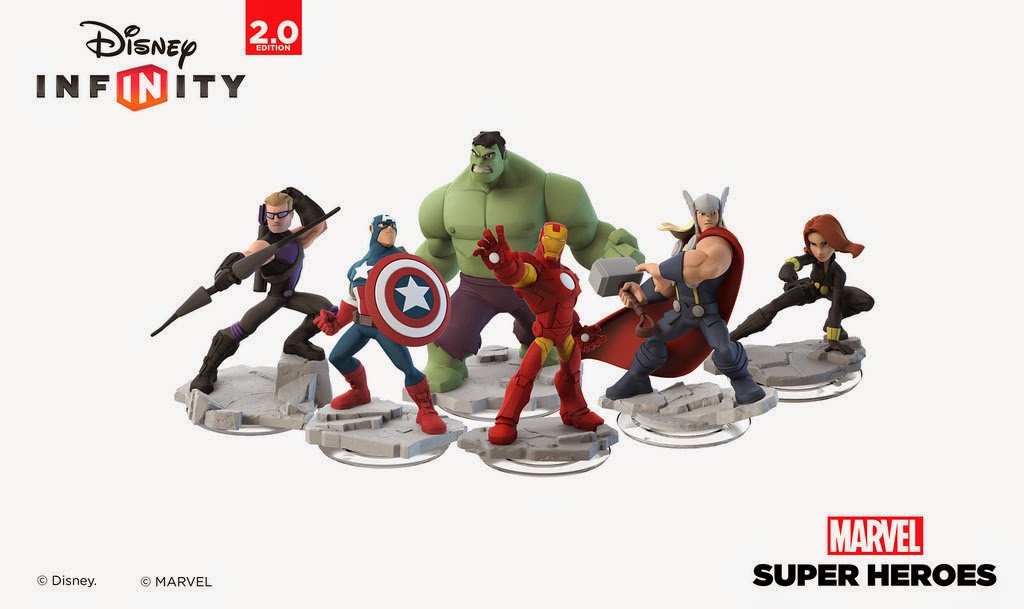 (Photo Credit: Disney Interactive)
Disney Infinity: Marvel Super Heroes is expected this Fall! Stay tuned for more on this amazing news from my E3 coverage in June!
Disclosure: I was not compensated for this post. I was invited to the Media Unveiling of the next chapter of Disney Infinity. These are just my two cents!
Posted by Unknown at 11:28 AM