Rio 2 in Theaters Next Month!

Blu and Jewel are back for an all new adventure in Rio 2! 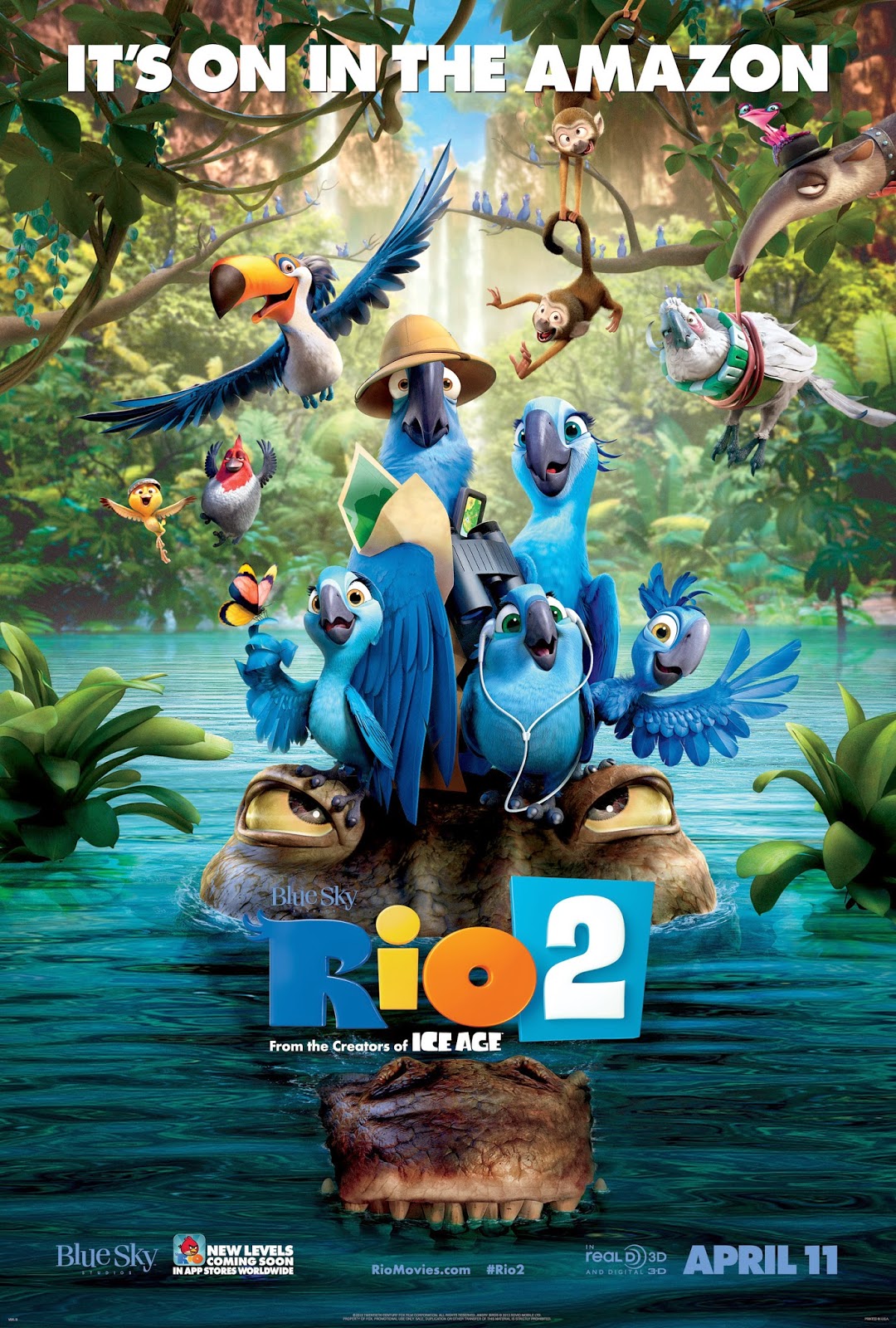 The entire cast of the animated smash RIO returns in RIO 2, and they are joined by a new flock of top actors and musical talents. Rich with grandeur, character, color and music, RIO 2 finds Jewel (Anne Hathaway), Blu (Jesse Eisenberg) and their three kids leaving their domesticated life in that magical city for a journey to the Amazon. They encounter a menagerie of characters who are born to be wild, voiced by Oscar nominee Andy Garcia, Oscar/Emmy/Tony-winner Rita Moreno, Grammy winner Bruno Mars, and Tony winner Kristin Chenoweth.

We can't wait to see this film! Mya has been singing "What is Love" by Janelle Monae 10 times per day ever since the song was released. Now...we all sing it!
Posted by Unknown at 11:05 AM