When I found out that Good Luck Charlie was nominated for an Emmy last month in Outstanding Children's Programming, I was not surprised. Good Luck Charlie is one of our most favorite shows on the Disney Channel. Currently in their fourth season, Good Luck Charlie is still one of the most popular series on the Disney Channel. Leigh-Allyn Baker plays Amy Duncan, mother of 5 kids ranging in age from 1 year to 19 years old. Leigh-Allyn attended the Creative Arts Emmys and stunned on the red carpet in this slim-fit floor length gown: 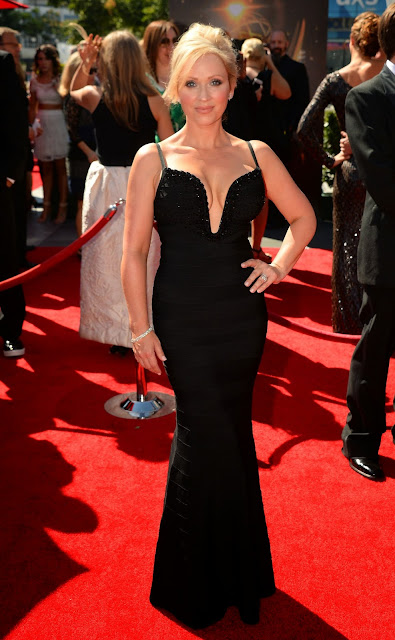 ﻿
(Photo Credit: Disney Channel)
I had the chance to speak with Leigh-Allyn about the Emmy nomination, the show and being a Mom to her two young boys. Here is that interview:
﻿

You can watch Leigh-Allyn as the hysterical Amy Duncan in new episodes of Good Luck Charlie, Sundays on the Disney Channel!
Posted by Unknown at 11:17 AM