Saban Brands recently premiered a new show called Julius Jr. It's an animated preschool series based on the Paul Frank family of characters. Julius Jr. is a funky monkey with a penchant for invention who is joined by his friends, Worry Bear, Sheree, Clancy and Ping. They discover that amazing adventures are just a door away. Julius Jr. launched on September 29th on Nick Jr. and I had the chance to celebrate the premiere of the new show with our friends and about 15 kids under one roof! Mya was super excited to wear her new Paul Frank t-shirt for this special event! 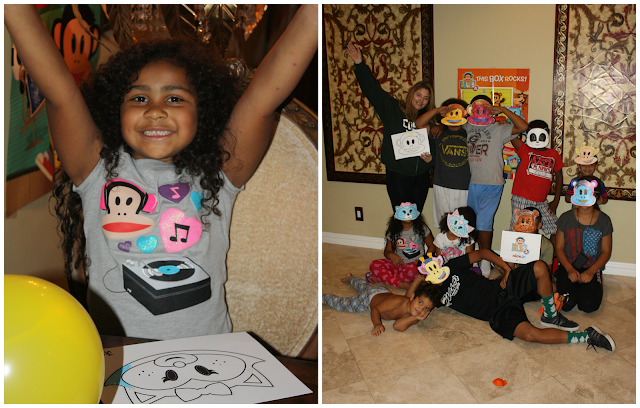 We had a blast coloring character masks, playing hot potato with Julius Jr. balloons, dancing along to the music from the show and snacking on party mix in our special Julius Jr. snack cups. We couldn't wait to watch the show! All the kids were so excited. We gathered in the den and watched the premiere of Julius Jr. on Nick Jr. and it was a hit. Our kids laughed and loved all of the new characters. The graphics are adorable and the colors are so vibrant. It's a fun, educational series that promotes creativity in children and encourages them in believing that nothing is impossible! 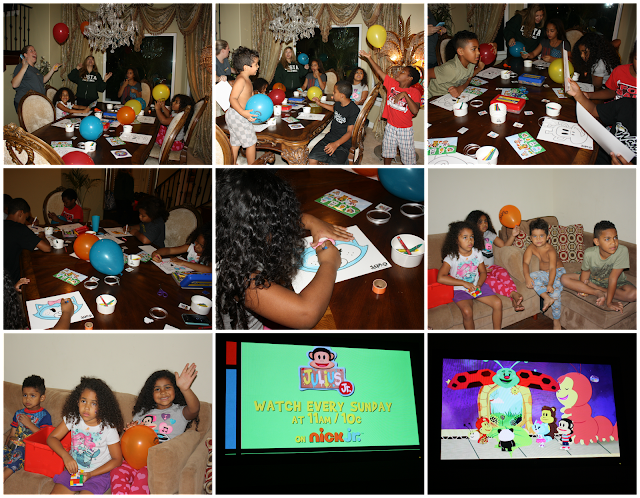 Make sure to watch new episodes of Julius Jr. every Sunday morning on Nick Jr.!!!
Disclosure: I was not compensated for this post. As a Saban Brandbassador, I was offered sample materials in order to facilitate my review. These are just my two cents!
Posted by Unknown at 9:40 AM