This Saturday, September 28th, will be the last operating day for Disney's Soda Fountain and Studio Store. They will be closing their doors temporarily in order to redesign the store and prepare for their Grand Opening in November as the Ghirardelli Soda Fountain and Chocolate Shop. The new location will continue to offer a magical shopping experience for patrons with plenty of Disney merchandise and memorabilia. From what I've been told, the iconic Mickey Shaped Waffles will also remain...THANK GOODNESS!

Below is the official press release and expected opening: 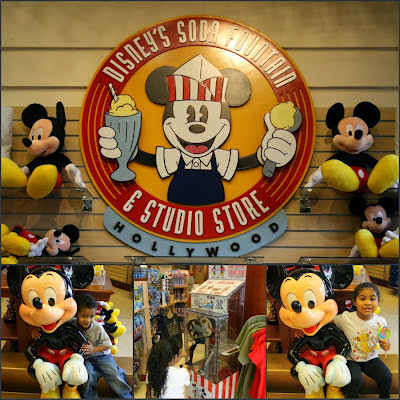 
Set For Friday, November 15
Ghirardelli Chocolate Company, America’s oldest operating chocolate manufacturer, is pleased to announce the grand opening of its newest soda fountain and chocolate shop on Friday, November 15th, joining The Walt Disney Studios’ El Capitan Theatre and Disney Studio Store on Hollywood Boulevard.  The shop—the first in Los Angeles—will give moviegoers, visitors and locals a chance to experience Ghirardelli’s world-famous hot fudge sundaes, shakes, floats, and delicious assortment of chocolates and beautifully wrapped gifts. Each guest will also enjoy a complimentary sample of the signature Ghirardelli SQUARES® chocolate. The Ghirardelli Soda Fountain and Chocolate Shop and Disney Studio Store will be located next to the legendary El Capitan Theatre (6838 Hollywood Boulevard), and will be open seven days a week.