Last weekend was the D23 Expo at the Anaheim Convention Center and it was everything I knew it would be! I attended the expo with my family and friends and we couldn't wait to get inside the building and explore the booths. I mentioned in an earlier post that back in 2011, I attended the D23 Expo all by myself and wished my kids were there. This year, I am SO HAPPY that my husband and kids attended with me! My kids were awe struck from the moment we walked in. They had no idea what they were going to see and I think they were in sensory overload! 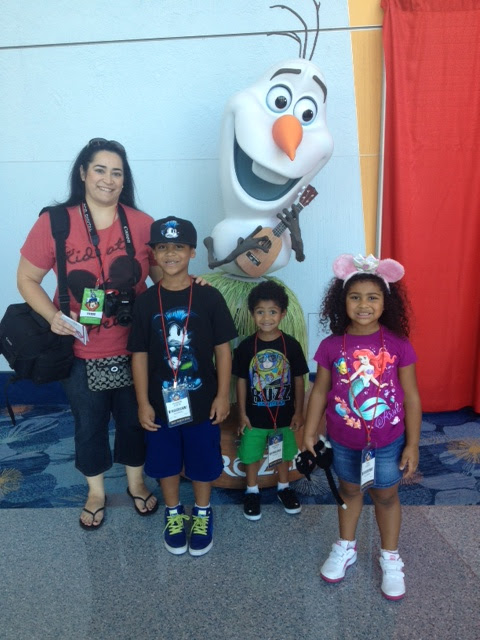 There was so much to do and see. It's impossible to do it all in just one day, but we had to get in as much as we could. Our first stop had to be the Disney Interactive area. My kids eat, breathe, sleep & LIVE all things Disney Interactive! They couldn't wait to get their hands on Disney Infinity available in stores everywhere this Sunday! 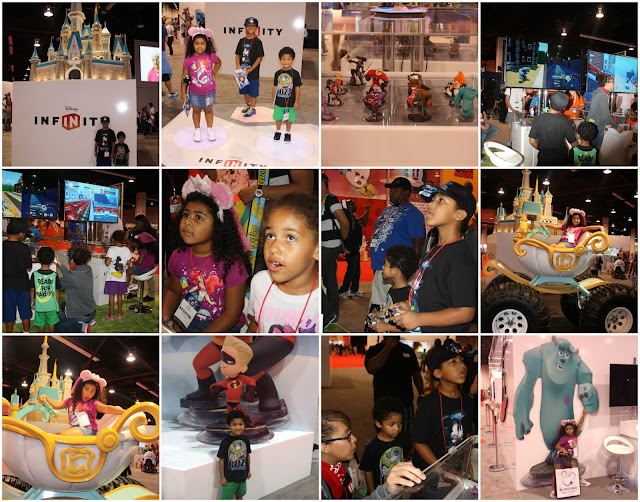 Next up was the Huffy booth to check out the Limited Edition Mickey Mouse and Minnie Mouse classic cruisers that were only available at the D23 Expo! Lucky shoppers that managed to snag one of these amazing bikes were getting them shipped directly to their front doors in specialty packaging. Only 2000 of each bicycle was produced just for D23 Expo fans. Each bike is numbered and includes certificates of authenticity. I am in love with these bikes and wished I could be riding down our bike trail on one right now! 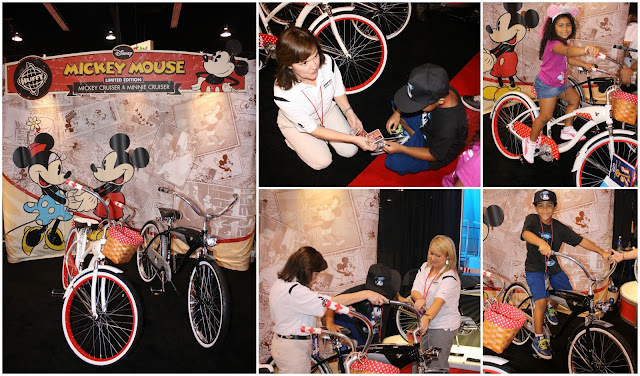 Next door to the Huffy booth was the Disney Channel Stage and we showed up just in time to catch a live performance by R5! Ross Lynch from Disney's Austin & Ally was all Mya wanted to see so her awesome Daddy threw her and her little brother up on his shoulders so his babies could see the show. She is such a Daddy's girl. 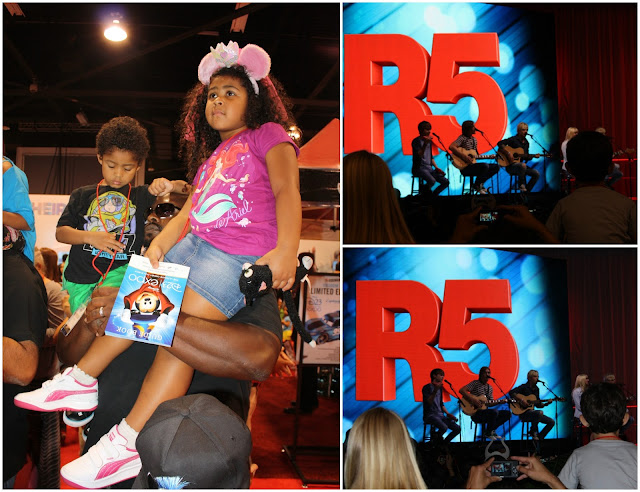 Next up on the Disney Channel Stage was the cast from Teen Beach Movie and Mya just about passed out! Teen Beach Movie is her favorite Summer film and she couldn't wait to see Butchy, Brady, Lela, SeaCat, Tanner and CheeChee! I have to say this:
I LOVE John DeLuca aka BUTCHY!
Mya was jumping up and down waving her heart out at the cast on stage. We were easily 10-15 feet away from the stage and out of every actor on that stage, John DeLuca STOOD UP POINTED AT MYA AND WAVED BACKED TO HER!!!! Cue screaming little 5 year old reaching a major milestone in her life! For that John, I Love You For Life and will watch anything you are in and buy the DVD's! Thanks Butchy! You made her year! 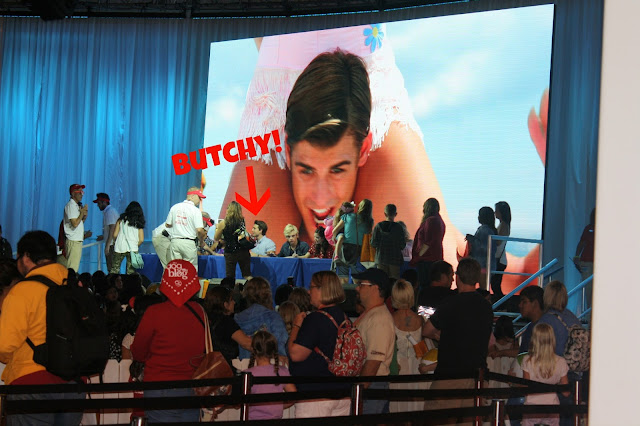 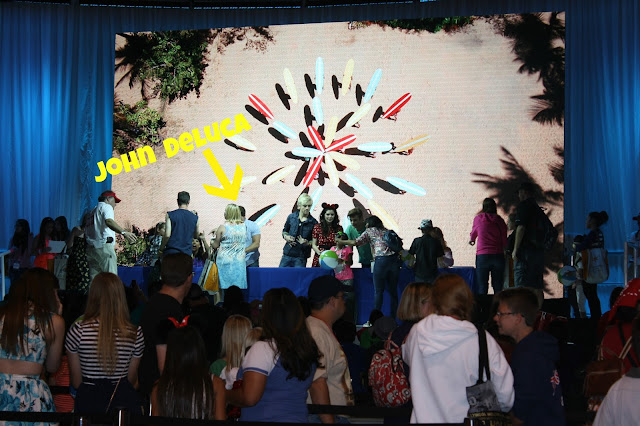 After all of that excitement, we decided to let the kids hang out in the Imagination Playground. It was a play area filled with foam shapes where kids could use their imaginations to build extreme structures. 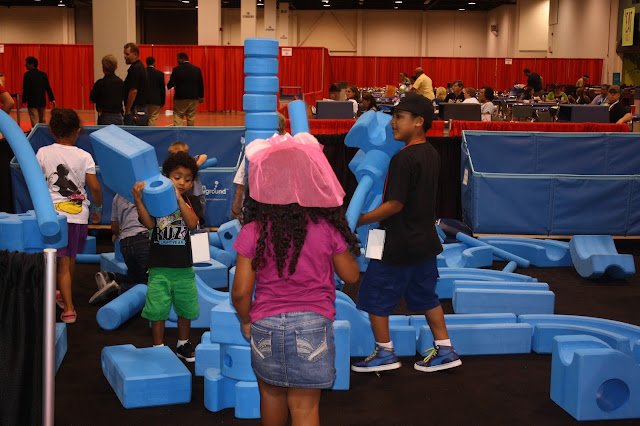 Then...we heard singing!!! Could it be? Yes! It was music from The Little Mermaid! Mya was the first to start running! She found a whole booth of Ariel stuff. Toys, instruments, clothing, make up and a real stage with lights, a microphone and Little Mermaid Karaoke. This D23 Expo truly belonged to Mya. It was her day! 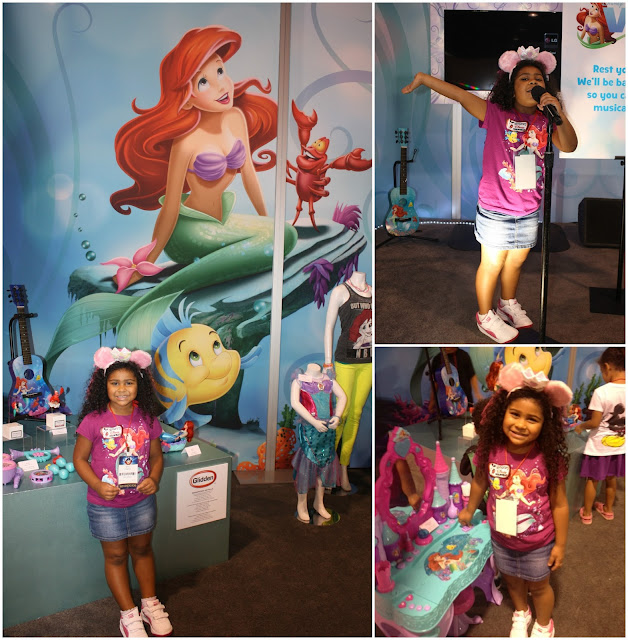 We made so many Fan-tastic memories last weekend. We hung out with our favorite Disney Pals, collected memorabilia, played games, made new friends, discovered new Disney products, listened to live Disney music, ate yummy treats, danced and took so many fun pictures. Here are just a few of the pictures that really represent the magic of the expo: 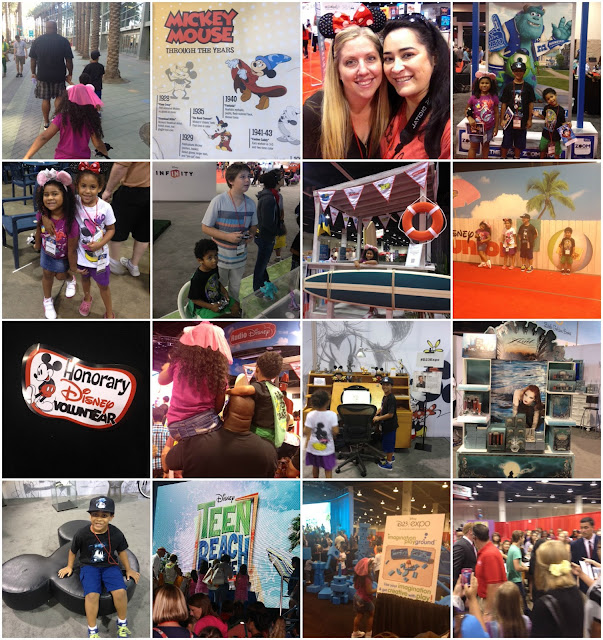