The List of Monsters University's Top Scarers is Out!

Scanlon says the cast was able to bring the story to life with great ingenuity and enthusiasm. “Working with this group of actors was an extraordinary experience. They each brought a unique level of humor, emotion and creativity to their work that not only complemented their individual performances, but made the overall story come together in a really wonderful way.”
The voice cast includes the following: 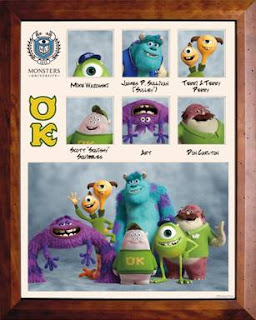 · Billy Crystal (“Parental Guidance,” “When Harry Met Sally,” “City Slickers”) reprises his role as Mike Wazowski, now a college-age monster who follows his dream of becoming a Scarer at Monsters University.
· John Goodman (“Argo,” “Flight,” “Trouble With the Curve”) returns as James P. Sullivan (Sulley), an overly confident, young hotshot Scaring student at Monsters University.
· Steve Buscemi (“Boardwalk Empire”) rejoins the monster world as Randy Boggs, a Monsters University freshman who is ready to experience all that college has to offer (if only he can curb his habit of disappearing).
· Helen Mirren (“Hitchcock,” “The Queen”) gives voice to Dean Hardscrabble, legendary Scarer and hard-to-please head of Monsters University’s prestigious School of Scaring.
· Alfred Molina (TNT’s “Monday Mornings,” “The Da Vinci Code,” “Frida”) is the voice of Professor Knight, an esteemed professor in Monsters University’s School of Scaring.
· Dave Foley (TV’s “NewsRadio,” “The Kids in the Hall”) as Terry Perry, the skeptical half of a bickering two-headed monster and dedicated Oozma Kappa (OK) brother.
· Sean P. Hayes (“The Three Stooges,” TV’s “Up All Night”) gives voice to Terri Perry, the more sensitive side of a two-headed Oozma Kappa (OK) fraternity brother with Scaring aspirations. 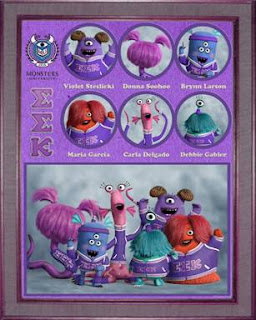 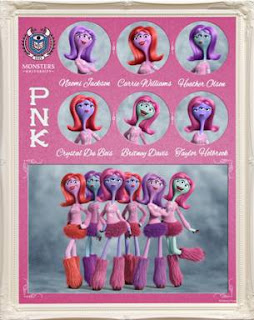