Winter fun is coming to Downtown Disney tomorrow with the opening of the Magical Tinker Bell Rink themed to the all-new Secret of the Wings which also flutters into homes on 3D Blu-ray/Blu-ray/DVD and Digital Download tomorrow. The Winter Wonderland that Tinker Bell experiences in her new film Secret of the Wings will come to life in Downtown Disney with the grand opening of a brand new ice rink in the center of town!


Ceremony will include magical appearances by Tinker Bell and her sister, Periwinkle, Disney's own Daniel Delcourt, leading skaters onto the ice to officially open the rink -- all to celebrate the release of Secret of the Wingson Blu-ray and DVD. 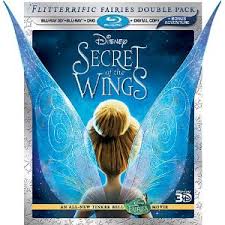