Last weekend we got the family together for a trip to Disneyland and Disney California Adventure Park. We were celebrating my Dad's 65th Birthday and it was the first time that my parents were able to experience the magic of Disney with their grandchildren. This was going to be very special day for our family! 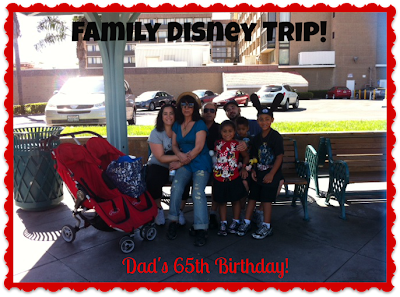 As I am sure you all know by now, Disney California Adventure has undergone some major expansion and the park looks even more magical than it did before. Upon entering the park, you will find yourself on Buena Vista Street. You are instantly transported back to 1923 when Walt Disney first arrived in Los Angeles. It looks like an architectural dream. I was able to imagine myself back in that amazing art deco era surrounded by the sights and sounds of classic California. As we entered Carthay Circle, we stumbled upon a live street performance of some swingin' cats known as Five & Dime filling the air with tunes of classic jazz. 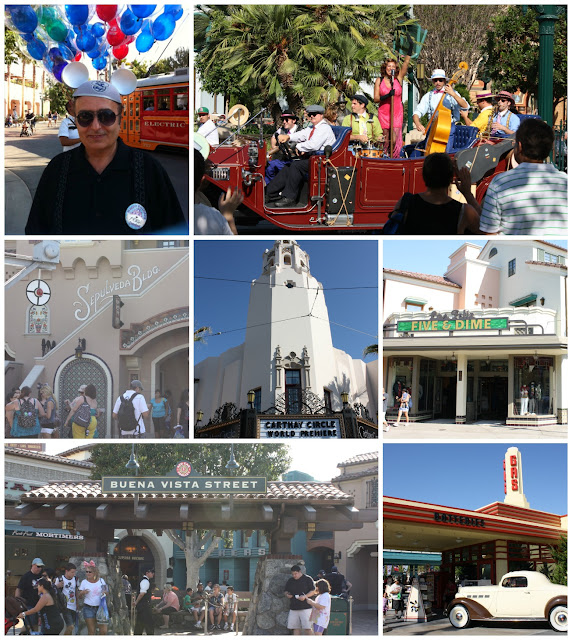 Next, we were off to the highly anticipated Cars Land! Let me just say that Cars Land is everything that I thought it would be! As we entered Cars Land, my kids were screaming, "We're in Radiator Springs! We're in the real life Radiator Springs! It's just like the movie!". We actually felt as if we were walking through Radiator Springs reliving the wonder that made the Cars film such a hit with our family. My Mom told my kids she was Grandma Sally! We walked passed Fillmore's Taste-In, Mater's Junkyard Jamboree and Sarge's Surplus Hut. We wanted to take in all of the sights before stopping for any rides. 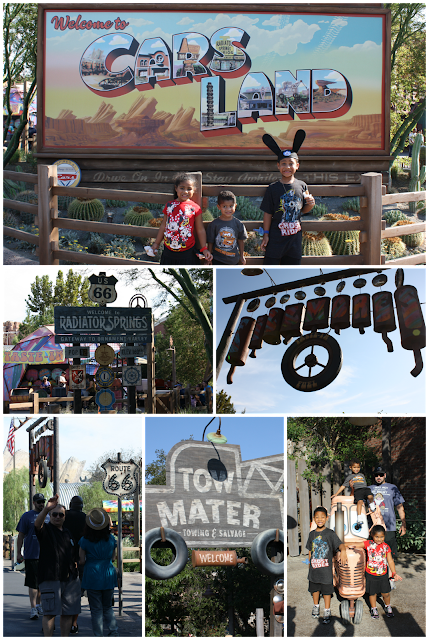 We found ourselves at the Cozy Cone Motel and you know we just had to "get cozy at the cone"! I stopped for some Conecoctions and decided on the Pretzel Bites with Cheese. I paired my pretzel bites with the most amazing frozen drink called Red’s Apple Freeze. It is made with 100% frozen apple juice with a hint of toasted marshmallow and a passion fruit-mango foam. It was delicious! 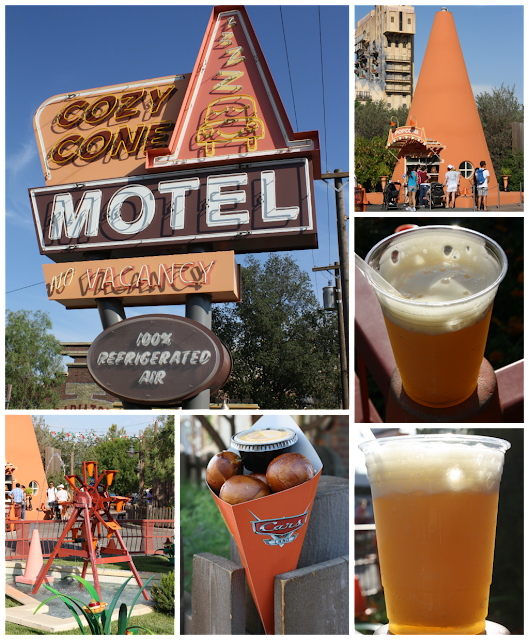 After my little snack I was surprised by live entertainment right in front of Luigi's Flying Tires. It was DJ from the movie Cars and he was cranking out the beats from his giant speakers while a few diner gals from Flo's V8 Cafe joined him for a dance party. Leading the diner gals was Spinner and she did a great job of getting the audience involved in this ultimate street party!


After all that dancing we were "feeling a quart low" so we headed to Flo's V8 Cafe for a quick fill. This cafe is the epitome of diners. My kids loved all the lights and music. We were greeted by cast member Danielle and she was a hit with my kids. They were asking all about Cars Land and the themed decor all around them. Danielle, YOU ROCK! 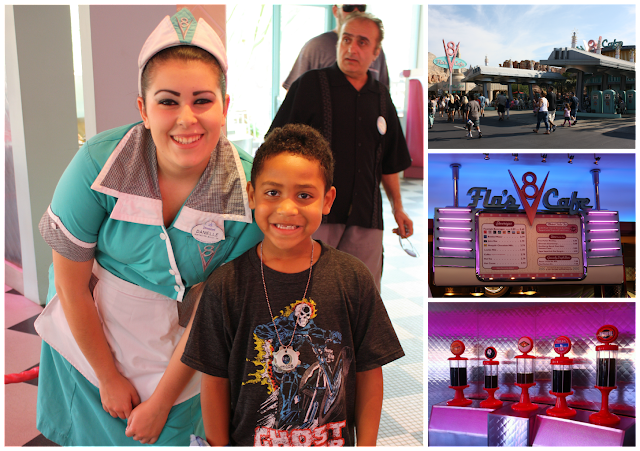 It was finally time to get on all the rides in Cars Land so I had to put my camera away and have some fun with my family. I want to leave you with these shots I was able  to get of Lightning McQueen and Tow Mater as they drove threw Cars Land greeting all their fans. We had a day that we won't soon forget and we look forward to traveling down Route 66 again and again thanks to our friends at Disney California Adventure Park. See you soon Radiator Springs!!! 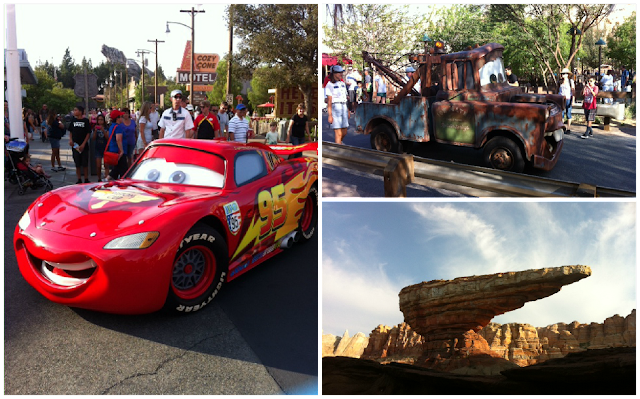 ﻿
Disclosure: I was not compensated for this post. I was offered media passes in order to facilitate my review. These are just my two cents!
Posted by Unknown at 10:37 AM