As an empower Mom, I was so excited to take my family to the Power Morphicon Convention in Pasadena last weekend. It's no surprise that my children are huge Ranger fans when their Mom and Uncles grew up watching the Rangers. My oldest is a die hard fan. He started watching back when the two hottest series were Mystic Force and Operation Overdrive. I can hear him trying to say Operation Overdrive right now! He was two years old and called it "amin damin"! 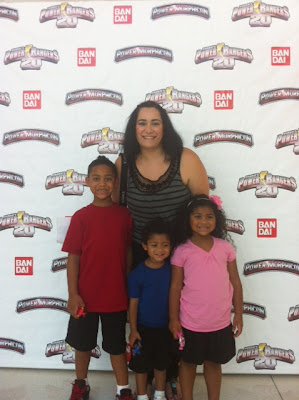 My little Rangers had a blast at Power Morphicon! They got to take pictures with the Samurai Rangers, they met Rangers from Mighty Morphin and Turbo Rangers, they saw really cool collectibles and toys that aren't available at just any toy store and the best part of the entire convention was when the Blue Samurai Ranger aka Kevin aka Najee DeTiege, came over to the kids and spent some one on one time with each of them. Jackson and Najee discussed the series and Najee even let Jackson hold his "actual" morpher. Parker just kept telling him, "I'm wearing blue like you!". 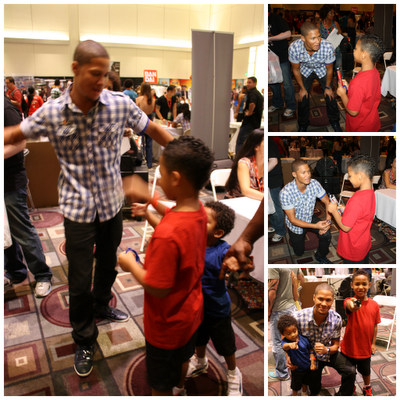 Mya was all smiles when Najee knelt down and posed for a picture with her! 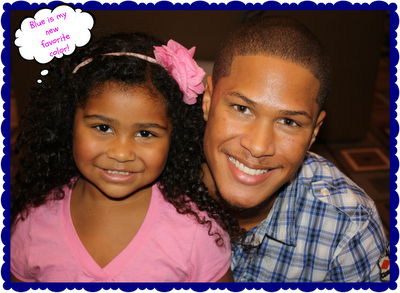 The Blue Ranger told Jackson how important it is to work hard and that by giving 100% to everything he does, he can accomplish anything! I like this guy!!! 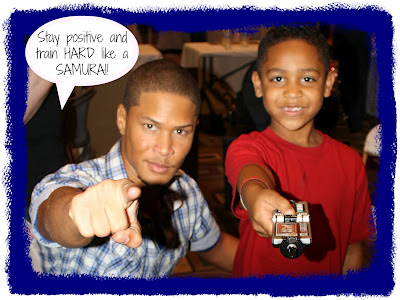 We also had the chance to see the Samurai Rangers in "person" and we all jumped in for some action packed photos! 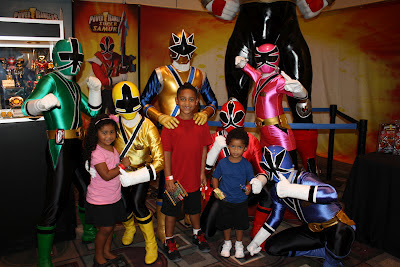 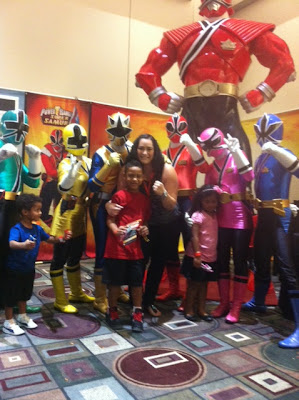 We had an awesome day at the convention and we can't wait for the next one. I'm still crossing my fingers for a chance to meet the cast from Mystic Force! C'mon folks...I can't be the ONLY one that loved the theme song & capes?!?!? 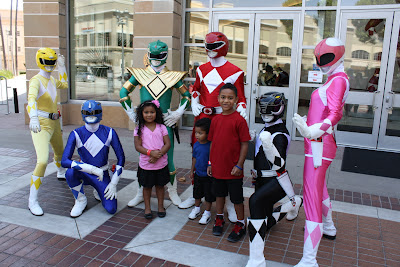