A Disney of a Contest!

DISNEY BABY AND ABC FAMILY TO AWARD A ‘CRAWL ON’ ROLE
ON ABC FAMILY’S NEW COMEDY “BABY DADDY”
Grand Prize Winner of the DisneyBaby.com “Little Character Contest” Will Also Receive a VIP Trip to Los Angeles to Attend the Disney Baby Store Grand Opening, and More!
“Baby Daddy” is Set to Premiere on Wednesday, June 20 at 8:30pm on ABC Family
DisneyBaby.com, a new online destination and product showcase for expectant and new parents is offering proud parents, family members and friends the opportunity to enter their favorite little character into the DisneyBaby.com “Little Character Contest.” The grand prize winner will be awarded a variety of once-in-a-lifetime prizes, including a ‘crawl on’ role for Baby on ABC Family’s upcoming original comedy “Baby Daddy,” Baby’s photo featured in a Disney Baby ad in a national baby magazine, $10,000 towards Baby’s education and a VIP trip to attend the grand opening of the first Disney Baby store at The Americana at Brand in Glendale, Calif.
To enter the contest, guests can upload their favorite photos of Baby onto the site using Disney Baby Magical Moments, an easy-to-use tool that allows guests to add their favorite baby photos and memories to a dynamic collection of shared family experiences.
“Baby Daddy” is a half-hour original comedy series about Ben who, in his 20s, becomes a surprise dad to a baby girl when she’s left on his doorstep by an ex-girlfriend. Ben decides to raise the baby with the help of his mother Bonnie, his brother Danny, his best buddy Tucker and his close female friend, Riley, who is harboring a secret crush on him. “Baby Daddy” will makes it world premiere on Wednesday, June 20 at 8:30pm ET/PT on ABC Family.
Entry Phase: From May 15 to June 18, guests across the country can enter a photo of a magical moment with Baby (newborn - age 2) into the contest by visiting DisneyBaby.com/Magical-Moments. Guests can enter an unlimited number of eligible photos during the contest entry period. Each week, one winner will be selected as a finalist by the Disney Baby team. The five weekly finalists will each receive a deluxe Disney Baby gift basket, along with a case of Huggies brand diapers featuring Disney characters.
Fan Favorite: Guests who enter the weekly contests will also automatically be entered into the fan favorite contest. The lucky guest whose little character receives the most votes during the entry phase of May 15 to June 18 will win a family-friendly Luxury Included® Caribbean Vacation provided by Beaches Resorts, a one-year supply of Huggies brand diapers and a deluxe Disney Baby gift basket.


Voting Phase and Sweepstakes: From June 28 to July 19, the five weekly finalists will have their entries showcased on the site for the public to vote for their favorite little character. Each person that votes will be entered into the Voters’ Sweepstakes, for a chance to win a luxurious beach vacation at the Fairmont Miramar Hotel & Bungalows in Santa Monica, Calif. One entry per person into the sweepstakes is allowed on each day of the voting period.
Grand Prize Winner: On August 8, the finalist with the most votes will be announced as the grand prize winner. The grand prize winner will win a ‘crawl on’ role on ABC Family’s new original series “Baby Daddy” for Baby; a family trip to Los Angeles that includes a VIP invitation to the Disney Baby store grand opening along with a $500 Disney Baby store shopping spree; Baby’s picture in a Disney Baby ad in a national baby magazine and on DisneyBaby.com; a $10,000 scholarship towards Baby education; and a one-year supply of Huggies brand diapers. 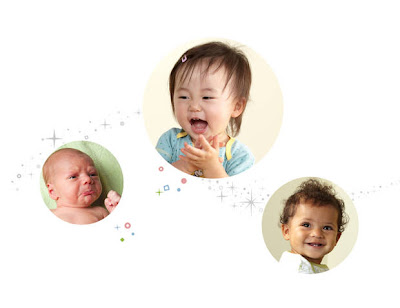 For additional rules visit: DisneyBaby.com/Little-Character-Contest-Rules
Posted by Unknown at 2:35 PM