Last weekend we celebrated both of my son's birthdays at KidsPark in Northridge, CA. Jackson turned 7 on the 18th and Parker turned 3 on the 20th. Every year since Parker was born, I have had to come up with creative ways for my sons to celebrate their birthdays on the same day. The last two parties were tricky because the boys wanted completely different themes. This year, they both agreed to one awesome theme. A Nintendo Wii Party! Parker loves all things Mario. Super Mario, Mario Kart, Mario Party, you name it. Jackson is more of a Sonic kind of kid so instantly I thought Mario & Sonic at the Olympic Games. I knew right away that I was going to dress up as Mario! I always match my kid's party themes. 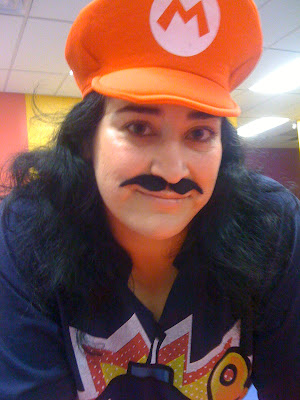 I knew the colors would be red and blue all throughout the party. Parker decided on the Mario Kart themed party supplies and Jackson found all the Sonic the Hedgehog supplies he wanted at PartyCity. I found a few black & white checkered racing items at Party City, but I had to order the Mario Kart supplies online so to save a little money I decided to print out a few images of Mario Kart characters. It worked out great. My two party assistants decorated the Theater Room with all of my Mario Kart items. We set the Wii up in the Theater Room for the older kids while my younger guests enjoyed running around KidsPark. 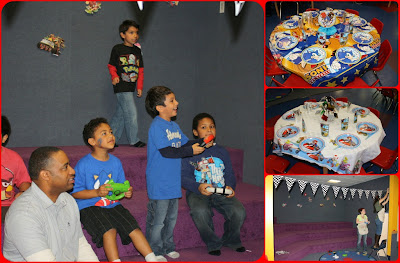 We all know that Mario & Luigi are huge fans of Italian food so I asked my Mom to make her famous spaghetti (famous because it's been the same recipe since I was a kid and my kids think it's the best spaghetti in the world!). I had to do some research on Sonic and found out that Sonic's favorite food is chili dogs. I also came up with a few themed snacks to serve just for fun. Sliced pineapples for Sonic Rings, marshmallows covered in green cake gel dots for Yoshi's Eggs and I baked a batch of Wii Remote Sugar Cookies! 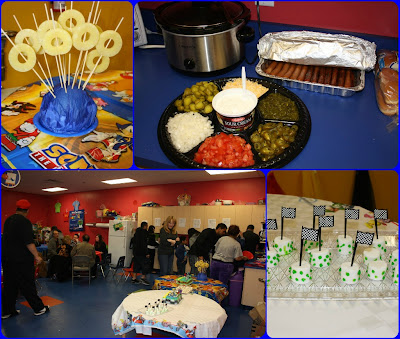 The cakes were also easy. We decided on two cakes. Jackson's cake was a landscape theme that represented a level of game play from Sonic the Hedgehog. Parker's cake was made to resemble a track and a bomb from the game Mario Kart. I usually have the baker just decorate my cakes with landscaping and I purchase the cake toppers from Toys R Us. Not only will your cake be less expensive when the store isn't providing the cake toppers, but you have the freedom to let your child pick out exactly what they want to top their special cake with. Jackson picked out the exact characters he wanted on his cake and Parker found little pull-back character cars from Mario Kart. 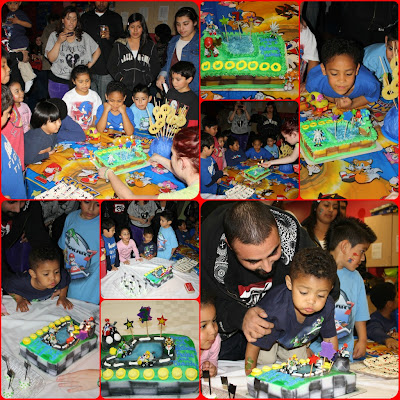 My KidsPark package included Face Painting, an Art Project that each child can take home as a souvenir and one Activity. Jackson selected Musical Chairs and what a great choice that was! The kids really had a great time trying to make sure they nabbed a seat when the music stopped. They played two rounds of Musical Chairs and Jackson ended up winning the second round. 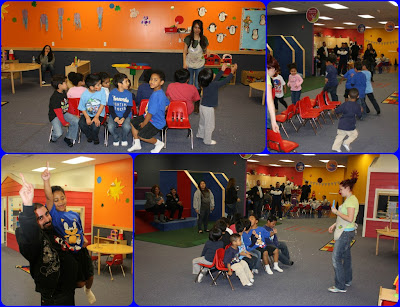 Everyone had a wonderful time. We ate, we played, we laughed and we all had FUN! I will definitely be booking KidsPark for Mya's birthday in November. I want to give a BIG THANK YOU to Kelsey and Karina for literally doing EVERYTHING for me! They took such amazing care of the kids and were so patient and accommodating. Their help made it easier for me to enjoy my boy's party! I also want to THANK Kathleen for making the booking process so easy. She answered all 100 questions that I threw at her and basically let me do whatever I wanted. KidsPark Rocks!!! 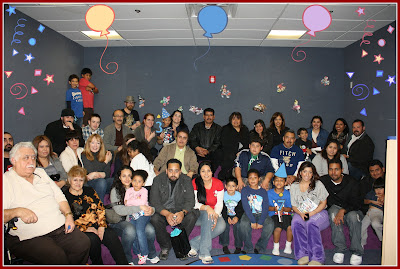