A New Disney Princess is Coming to Disney Junior! 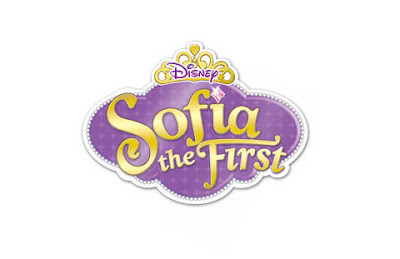 DISNEY TO INTRODUCE A LITTLE GIRL PRINCESS, "SOFIA THE FIRST," IN ANIMATED SERIES AND MOVIE ON DISNEY CHANNEL AND DISNEY JUNIOR

Disney will introduce a little girl princess to its celebrated legacy of princess fairytales in an animated television movie and series, "Sofia the First," premiering in fall 2012 and spring 2013 respectively, on Disney Channel and Disney Junior channels around the world. While Disney princess fairytales have been enchanting audiences for more than 70 years, this is the first time a series has centered around a princess as a little girl. The stories are designed to communicate positive messages and life lessons that are applicable to preschool-aged children. The series and movie are productions of Disney Television Animation.
"Sofia the First" stories are set in the storybook world of young Sofia who starts out life as a regular girl. But when her mom marries the king, she is whisked off to a glamorous, but sometimes confusing, castle world of royalty, pomp and new step-siblings, Amber and James. "Sofia the First" will include appearances by Fauna, Flora and Merryweather (fairies seen in Disney's classic "Sleeping Beauty") as the headmistresses of Royal Prep, the academy that Sofia, along with other princes and princesses, attends. Special event appearances will be made by classic characters including Cinderella and other Disney Princesses. 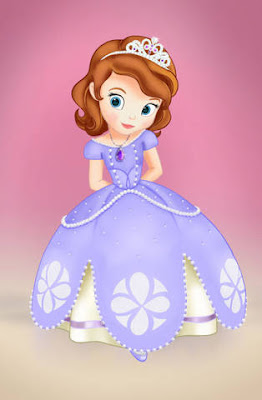 Providing the voice of Sofia is Ariel Winter (ABC's "Modern Family"). Also highlighting the voice cast is Sara Ramirez (ABC's "Grey's Anatomy") as Queen Miranda; Wayne Brady ("Whose Line Is It Anyway?) as Clover, a wise-talking Rabbit; and Tim Gunn (ABC's "The Revolution," "Project Runway") as Baileywick, the family's Royal Steward. The actors providing the voices of King Roland, Amber and James will be announced soon.
I can't wait to watch this! She is absolutely adorable. Stay tuned for more information on Sofia!
Posted by Unknown at 11:15 AM