My friends at Disney Interactive Media Group invited us to a Howling Halloween Bash at the Disney Studios in Burbank. When I found out that it was a costume party, there was no doubt about what we were dressing up as...Disney characters, of course!!! The Forte family attended the DIMG Halloween Bash dressed as Francis the masculine ladybug from Bug's Life, Savage Opress from Star Wars Clone Wars, Snow White and the Green Mystic Force Ranger! (Dad was dressed as Dad) 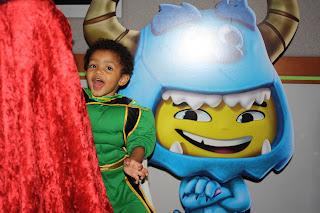 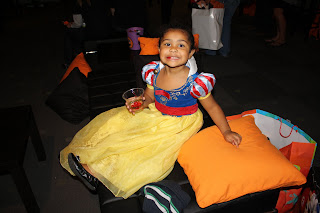 When we arrived we were immediately surrounded by the festive feeling of Halloween. There was so much to do and see that we just had to stop for a moment and take it all in. 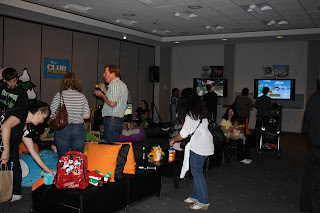 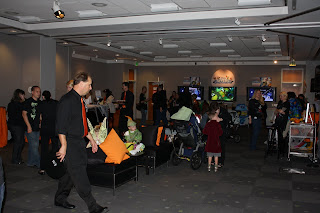 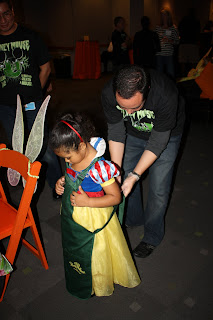 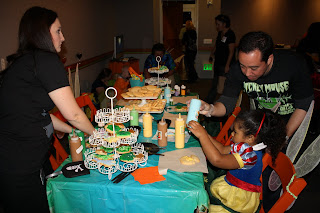 Next we were off to make some freakishly fun Halloween crafts and who wouldn't enjoy munching on Halloween candy to get their creative, craft juices flowing? 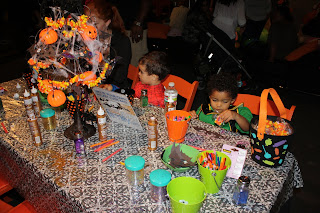 Now it was time to get our GAME ON! Jackson has been anticipating the release of Disney Universe for over a month now. When he found out that there were going to be Disney Universe gaming stations available, he couldn't contain his excitement. The boy lost his marbles! Disney Universe is a new multiplayer adventure game that allows the player to suit up in 1 of 45 iconic Disney character costumes and battle in legendary Disney and Disney-Pixar worlds. 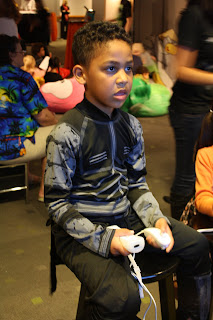 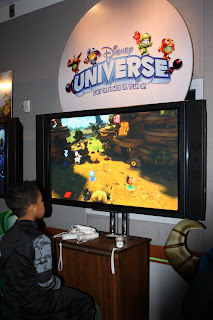 There were additional gaming stations set up with Cars 2 , Phineas and Ferb Across the 2nd Dimension and LEGO Pirates of the Caribbean. We played them all and had so much fun! 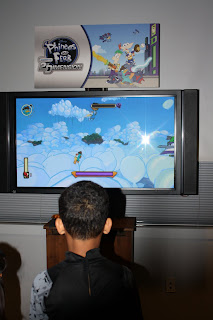 As usual there was a delightful spread of food and desserts. I have been craving a caramel apple for quite some time now and I was dying to sink my teeth into one of these yummy treats! 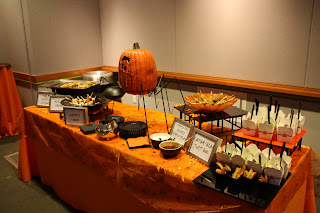 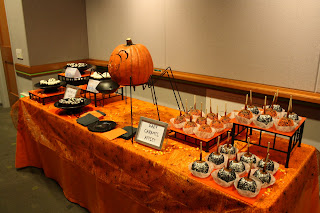 I was so excited to see that FamilyFun.com has teamed up with one of my most favorite Food Network personalities...Sandra Lee!!! She's the absolute best! I love doing things semi-homemade and now thanks to FamilyFun.com, Sandra Lee can share some of her easiest and most creative Halloween ideas with us! 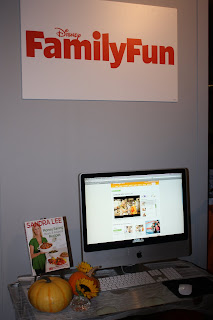 Then it was time for the costume contest and I have no idea how the DIMG team was able to pick winners because there were so many amazing costumes. All the kids looked awesome and some parents came dressed as their favorite Disney characters as well. 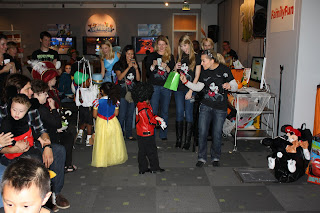 After spending a couple hours doing nothing, but playing Disney Universe...Jackson decided to end the night by relaxing on a fluffy Puffle and learn how to draw the characters from his favorite virtual world, Club Penguin. 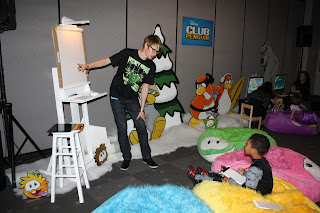 We partied the night away and created some great memories. Thank you so much to Dana & Kirsten, my 2 most favorite Disney Darlings in the world!!! I love you gals more than you know! Big hugs to Ashley & Scott for making Dad's night a bit easier by entertaining Mya & Chowdy! Thank you Amy for playing Disney Universe with Jackson ALL NIGHT! We always have such a wonderful time hanging out with all of you and we look forward to seeing you again soon. What would we do without Disney Interactive Media in our lives?!?!?! 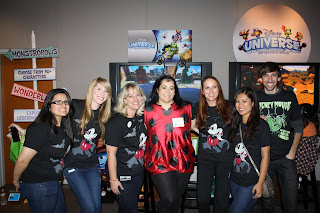 For additional info on all things Disney Interactive Media check out the links below:
Family.com
FamilyFun.com
Club Penguin
Pixie Hollow
Disney Universe
Cars 2
Phineas and Ferb Across the 2nd Dimension
LEGO Pirates of the Caribbean
Disclosure: I was not paid or compensated for this post. I was invited to attend an event. These are just my two cents!