Talk Like a Pirate Day w/ Jake and the Never Land Pirates!

Yo, ho, ho! Can you think of a better way to celebrate Talk Like a Pirate Day than hosting a Pirate Party with a few of your closest friends? Neither can I!!! Yesterday, my kids and their guests set sail with Jake and the Never Land Pirates on an adventure filled with treasure, treats and toe tapping! 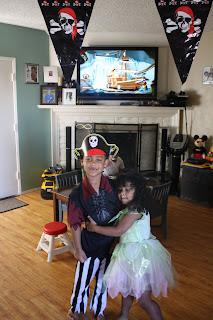 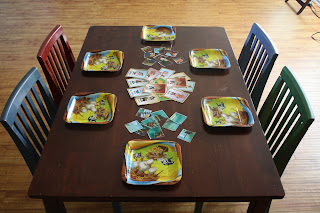 I served up Pirate Pizza, Cubby's Cantaloupe Cubes, Pirate Cupcakes and of course you can't have a respectable Pirate Party without serving your tiny Buccaneers some good old fashioned Grog! (aka Root Beer Floats!) 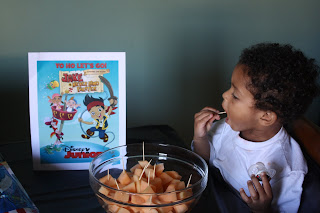 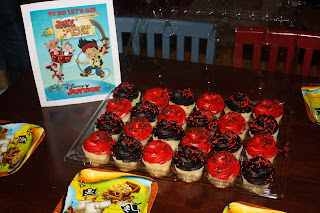 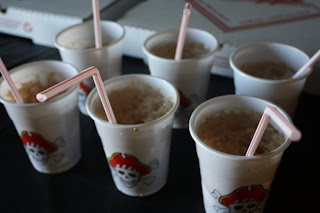 After everyone had won...we decided to have a Pirate Dance Party and Pirate-oke Contest. The kids went absolutely nuts when 'Hot Lava' by Sharky & Bones came on! It was a mad house! We danced, we sang, we laughed, we had a swashbuckling good time!!! 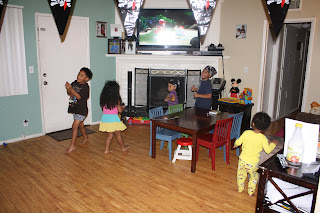 The kids all left with the most wonderful Goody Bags filled with all sorts of Pirate favors and their very own copy of the Jake and the Never Land Pirates Yo Ho, Mateys Away! 2 disc combo pack with a DVD and a CD with 7 great Sharky & Bones songs! The DVD/CD combo pack also includes an official Pirate Eye Patch!

Jake and the Never Land Pirates Yo Ho, Mateys Away! is available in stores on September 27th so make sure to pick up this combo pack for your little buccaneer too. Happy sailing!!! 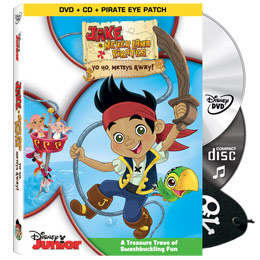 Disclosure: I was not paid or compensated for this post. I was offered party supplies and favors in order to facilitate my review. These are just my two cents!
Posted by Unknown at 10:30 AM