Disney's The Lion King in 3D at El Capitan Theatre! 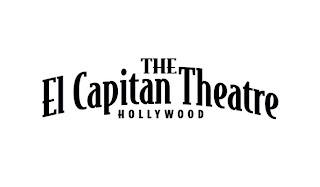 With a Special Live Appearance by
Timon at Every Show!

Hollywood’s legendary El Capitan Theatre welcomes “The Lion King” for the first time ever in Disney Digital 3D™ from September 16 through October 6, 2011, it was announced today by Lylle Breier, senior vice president of worldwide special events for Walt Disney Studios Motion Pictures. The El Capitan will even provide “Kid Sized” 3D glasses for this one of a kind experience. A special live appearance by Timon is also featured at every performance.

*On select days, El Capitan guests can enjoy Breakfast with Timon at the Disney’s Soda Fountain & Studio Store, and then see the 10:45am movie! Seating is limited and reservations are required.

The El Capitan Theatre will also host a special “Tiny Tot Tuesday” on September 20, at 10:45am only. During this special screening of “The Lion King” in Disney Digital 3D™parents and small children can enjoy the movie in a “Tiny Tot” friendly way – complete with lights dimmed rather than out and reduced sound levels! 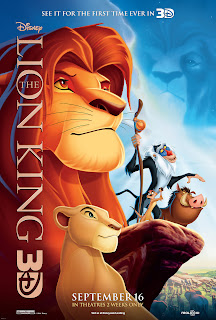 A special two-week theatrical release of The Lion King in Disney Digital 3D™ kicks off nationwide on Sept. 16, 2011, showcasing the Oscar®- and Golden Globe®-winning film on the big screen for the first time ever, and its highly anticipated home entertainment debut kicks off October 4, celebrating the Diamond Edition release of the epic movie The Lion King in high-definition Blu-ray™ and Blu-ray 3D™.
Posted by Unknown at 5:26 PM