Celebrate National Hispanic Heritage Month at the Aquarium of the Pacific

Explore Latin American cultures while learning about the ocean at the Aquarium of the Pacific. In celebration of National Hispanic Heritage Month, the Aquarium hosts its 10th annual Baja Splash Cultural Festival on the weekend of Sept. 24-25, 2011 from 9 a.m.-5 p.m. In commemoration of the 10th anniversary of its first cultural festival, the Aquarium will feature a Saturday parade, 10 daily prize giveaways, and free admission to anyone born on the 10th of any month (with valid I.D. or birth certificate). This event will feature traditional dance, crafts, live music, face painting, interactive music programs, ethnic food, booths, and bilingual environmental educational programs.

Visitors can witness ancient Aztec drumming and dance, mariachi music, and folk dances from Mexico , Guatemala , El Salvador , Panama , Cuba , Dominican Republic , and beyond. Groups will perform in front of the Blue Cavern—home to sharks, rays, and sea bass. The Aquarium’s Marine Life Theater will feature interactive music from Central and South America . Free face painting, children’s crafts, and ocean mural painting are part of the festivities. Guests will be able to meet TV anchors and other personalities from the Spanish network Telemundo. Ten minutes after every hour, the Museum of Latin American Art will give away free museum tickets at its festival booth. Ethnic cuisine will be available for purchase, and cultural wares will be for sale. 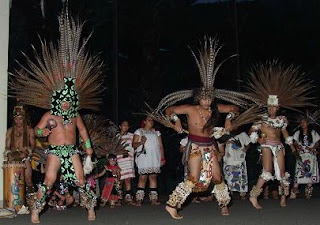 Baja Splash will highlight Mexico ’s Gulf of California , which is one of the most important wildlife havens in the world. Through the Aquarium’s bilingual film and Gulf of California exhibition, visitors will be able to learn about this important ecosystem, the threats facing it, and how they can help. Another way to learn more about the Gulf is through special bilingual presentations and films in the Aquarium’s Honda Theater. During the festival, the Aquarium will bestow its annual Hispanic Heritage Award to World Wildlife Fund Mexico for their work in helping the people and wildlife of Baja. 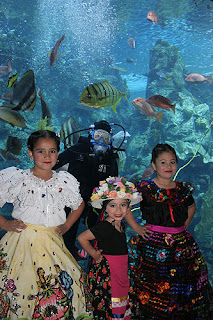 Since September 24 is also climate action day, the Aquarium will feature a new bilingual interactive climate game. Guests will be able to spin the wheel to learn about penguins, polar bears, and turtles. They will see how everyday choices can help tackle climate change. The Aquarium will also show its bilingual film called Poles in Peril for free in the Honda Theater. Sponsors are at&t and Telemundo 52.

The Aquarium of the Pacific, a nonprofit institution, is home to over 11,000 animals and is open daily from 9 a.m.-6 p.m. Located at 100 Aquarium Way in Long Beach, Calif. General admission is $24.95 for adults (12+), $21.95 for seniors (62+), $12.95 for children (3-11), and free for children under 3 and Aquarium members. For advance tickets and information, the public may visit http://www.aquariumofpacific.org/newsevents/eventsdetail/baja_splash/