The Best LIVE Tour is Coming to SoCal! 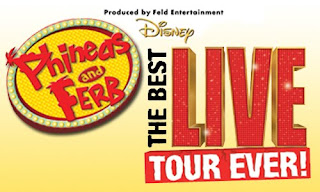 Phineas and Ferb are gonna do it all! Disney Channel's animated gem, the critically acclaimed "Phineas and Ferb," TV's #1 animated series among Tweens 9-14 for three years running, has reached a new pinnacle by inspiring an exciting live touring stage show which will play more than 80 hometowns across the country beginning in August. The show performs at the Fred Kavli Theatre at Thousand Oaks Civic Arts Plaza on September 23; and the Long Beach Terrace Theatre, September 24-25.

Produced by Feld Entertainment, Disney’s Phineas and Ferb: The Best LIVE Tour Ever!, brings Phineas, Ferb, Candace, Isabella, Baljeet, Buford and friends to the stage as they make the most of the last day of summer by building an invention bigger, better and more amazing than ever. Before anyone can wonder “Hey! Where’s Perry?,” the pet platypus dons his Agent P fedora, and hilarious hijinks unfold as he battles Dr. Doofenshmirtz to save the Danville Tri-state area and audiences everywhere from the evil scientist’s most havoc-wreaking scheme to date.

Audiences will be whisked on a high-energy ride that is part action adventure and part rock concert, while they move it and shake it to a soundtrack of hit songs from the animated series, including “Gitchee Gitchee Goo,” “Squirrels in My Pants,” “Backyard Beach,” “Busted,” “Today is Gonna Be a Great Day,” and “Summer Belongs to You.” Familiar songs serve as a main ingredient in the plot, advancing the story from scene to scene, while taking on a whole new feel when fused with fresh, original choreography and inventive special effects. 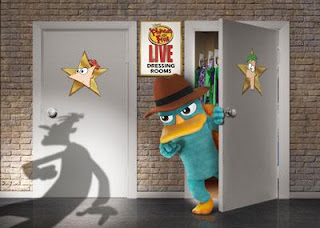