Fans of Club Penguin (clubpenguin.com) can learn how to protect their planet and show support for all its citizens this Earth Day just by playing in the snow-­‐covered virtual world. As part of its ongoing commitment to creating safe places around the world and protecting the earth, Disney Online Studios, which produces Club Penguin, is donating an additional $100,000 of its annual multi-­‐million dollar giving budget to conserve wetlands and protect endangered species. For its annual Earth Day party, Club Penguin will also launch a series of new activities designed to educate and empower its players to help protect the earth and the living creatures that call it home. From April 20 through 27, 2011 members can use the virtual coins they earn playing games on Club Penguin to purchase Earth Day themed costumes for their penguin avatars. Players will also be able to visit areas of the virtual world that have been redesigned to look like the natural habitat of some endangered species, and learn more about those species and what threatens their survival. 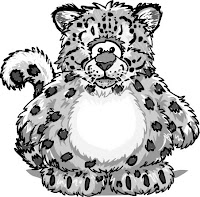 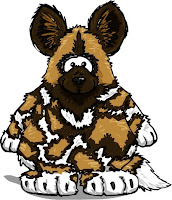 The Earth Day party is just one example of Club Penguin’s ongoing efforts to empower its players to help change the world. A portion of the organization’s net profits supports organizations working to improve the lives of children and families around the globe. Each December, the Coins For Change online giving campaign lets players vote on where some of those donations will go. 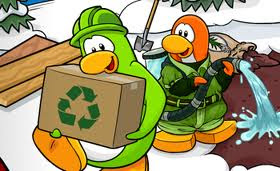 In recent years, the kids who play Club Penguin have helped more than two million people get medical care, enabled 200,000 children to go to school and helped protect more than a dozen endangered species and their habitats. In addition, last fall, players submitted their drawings for the opportunity to have their art featured in a mural on the wall of a school in Haiti that donations from Disney Online Studios and Club Penguin helped rebuild.

The $100,000 donation this Earth Day will support:
• Projects to preserve wetland habitat and reduce overfishing in China – conducted by RARE (http://www.rareconservtion.org/)
• Projects to conserve and protect the African Painted Dog and the Snow Leopard – conducted through the Wildlife Conservation Network http://wildlifeconservationnetwork.org/wildlife/africandog.html and http://wildlifeconservationnetwork.org/wildlife/snowleopard.html 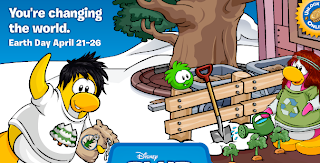 *Keep your eyes peeled for an AWESOME Giveaway from Disney Online!!!
Posted by Unknown at 3:41 PM