Wild about the Kratt Brothers! 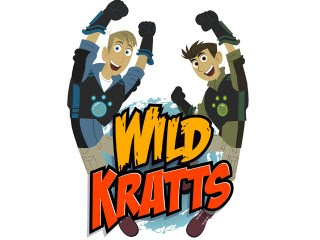 If you've ever watched Zoboomafoo then you know exactly who the Kratt Brothers are! Chris and Martin Kratt are the creature loving duo that have spent a lot of quality time in our living room teaching our kids all about wild animals. The Kratt brothers, also known as The Creature Adventurers, have been venturing into the wild since they were just little critters themselves and later began filming their adventures while in college.

Their current show, Wild Kratts, can be found on PBSkids.org and your local PBS television stations. My children love this show! It is the first time the Kratt Brothers can be seen animated and through the magical world of animation, Chris & Martin have been able to explore the animals of the wild like never before.

I recently had the amazing opportunity of meeting the Kratt Brothers and was able to ask them a few questions about Wild Kratts and what we can expect from these two Wild brothers in the future. Below is that interview:


I really enjoyed meeting the Kratt Brothers. My kids were stunned silent which is incredible because they are only silent in their sleep! I have to give a big THANK YOU to Chris & Martin for taking the time out to chat with me and Thanks to Jaymie P. for having me!
Posted by Unknown at 8:27 PM