Get on the Grid with TRON!

GET ON THE GRID AS ‘TRON: LEGACY’ TAKES OVER DISNEY.COM 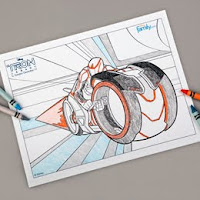 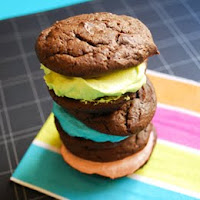 I had the pleasure of checking out the amazing TRON:Legacy soundtrack and I must say it is pretty darn good! When we're driving around town all we ever have playing in the car is my kid's music selection which is mostly television show theme songs and sing-a-longs. While I don't mind them, sometimes they can be a bit too much. So I tried sneaking in the TRON:Legacy soundtrack and at first the kids had puzzled looks on their faces. Then I explained where it came from...two words...DISNEY & TRON! It worked! The kids allowed me to drive around to the cool sounds of TRON! The tracks vary from smooth & relaxing to cool & funky! The music is by Daft Punk and I highly recommend this CD for in the car, at home, at work or just about anywhere you like to enjoy good music.

My FABULOUS friends at Disney Interactive are offering this fantabulous CD to one of my lucky readers! If you would like to win the TRON:Legacy soundtrack all you have to do is complete the following steps:
1.) FOLLOW me here on my site
2.) Answer the TRON question below
3.) Email me your contact info once all steps have been completed
Q: In what year did the first TRON film hit theaters? 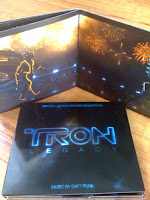 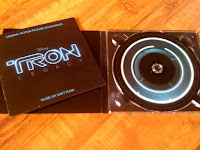