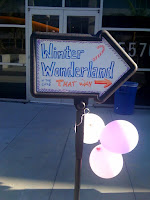 I was invited to celebrate the Holidays with the wonderful folks at Electronic Arts in Los Angeles. It was their annual Winter Wonderland event and EA was introducing some great new games for the holiday season as well as a few games that are set to release in early 2011. EA's line up included Create, EA Sports Active 2, Harry Potter and the Deathly Hallows-Part1, Family Game Night 3, Littlest Pet Shop 3, MicroBot, Monopoly, My Sims Sky Heroes, Need for Speed Hot Pursuit, Sims 3 and Wildlife: Forest Survival. 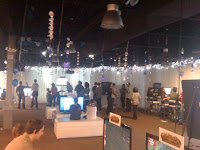 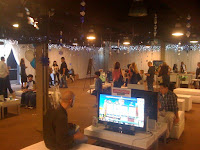 EA provided all of our favorite holiday treats. My son ran straight for a blue Snow Cone while the rest of us enjoyed cinnamon lattes and hot cocoa. 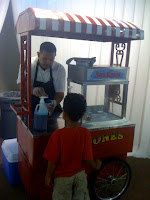 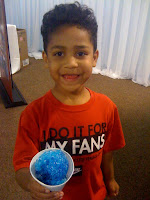 Jackson and Mya really like playing on the Nintendo DS systems and they had them set up with Littlest Pet Shop 3 and My Sims Sky Heroes. The EA staff was amazing! Really patient and great with the kids. 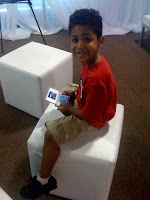 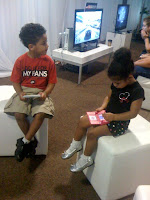 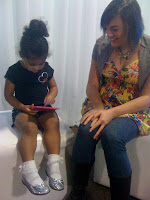 Once my son stumbled onto Wildlife: Forest Survival, that was it! I couldn't pull him away! He was glued to this game for over an hour. The graphics were awesome. This game will definitely be a big hit for EA. 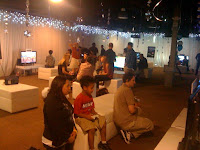 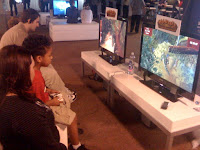 On the other side of the room I found Mya playing Monopoly on the XBOX 360. I wasn't the only one that thought the sight of Mya playing on the XBOX with a pacifier in her mouth was the cutest thing ever!!! They actually filmed her playing. She looked like a pro! 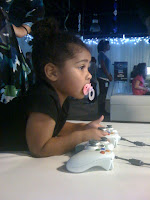 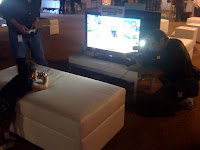 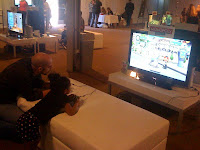 Uncle Rob was so excited to see Pogo was available at the event. He is looking forward to this game being available on his iPhone! My sister, Nicole and Mya hung out for a bit and watched him play. 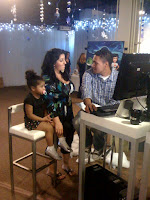 We all had a wonderful time and I am really excited about the great things coming from EA. Thank You so much to Caitlin Leddy for inviting me to the event and Thank You to EA for hosting such a festive and fun Holiday event. Looks like it's going to be a gamers Christmas! 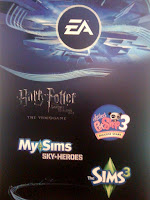 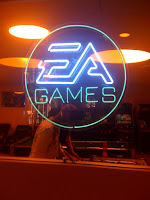