I took my kids to Disney Live! Mickey's Magic Show in Thousand Oaks, CA and we had a blast! I don't have to tell you how amazing Disney shows are because Disney always puts on a great show. What was different about this show was the fact that the Magic was really MAGICAL! I was sure that it was going to be a "magic-like" show with little tricks that the kids could catch, but i was so wrong. The magic tricks were full blown professional tricks! I couldn't figure out how they did it! My 5yr old son was even amazed. I caught him with his mouth open in awe a few times. Especially when they cut two women in half! 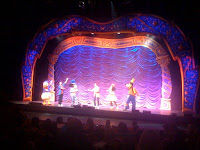 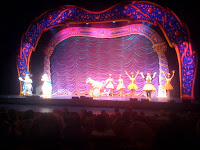 The show included all of our favorite characters. Mickey and Minnie were the stars of the show, but no show would be complete without Donald, Daisy and Goofy. My daughter was delighted to see Cinderella, Belle, Jasmine and Snow White. Alice, the Mad Hatter, the Queen of Hearts and that silly Rabbit from Alice in Wonderland were also part of the show.

My kids enjoyed the show so much that they didn't even move during intermission. Disney Live! Mickey's Magic Show is definitely a MUST SEE! A BIG THANK YOU to Feld Entertainment and Jennifer Becker for having me. 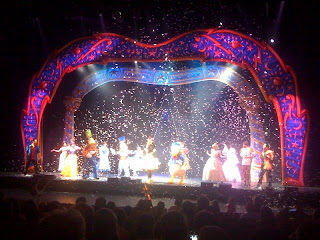