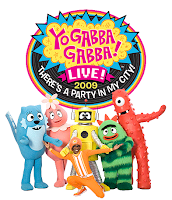 KIA MOTORS AMERICA AND YO GABBA GABBA! TEAM UP TO ENTERTAIN FAMILIES

Kia Motors to be Presenting Sponsor for Yo Gabba Gabba! Live!: There’s A Party In My City! 60-City North American 2010 Tour
• YO GABBA GABBA! cast and DJ Lance Rock bring entertainment, interaction and animation to enthusiastic fans across the country
• Live tour benefits local Habitat for Humanity affiliates as part of communityservice tie-in
IRVINE, Calif. – July 21, 2010 – Kia Motors America (KMA) caused quite a stir with its first-ever Super Bowl ad, which featured a colorful cast of life-size children’s characters in the 2011 Kia Sorento CUV, including Muno from YO GABBA GABBA!, the award-winning children’s television series and live tour. Building on the momentum and increased brand awareness generated by the 60-second spot, KMA plans to extend its relationship with YO GABBA GABBA!, as the presenting sponsor of the upcoming YO GABBA GABBA! THERE’S A PARTY IN MY CITY! tour. 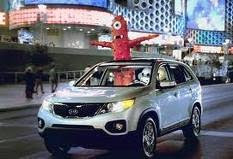 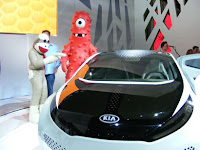 Fresh off a triumphant sold-out tour debut in 2009, a headlining performance at The White House, a critically-acclaimed, chart-topping album, and an appearance at Coachella that garnered rave reviews from spectators and media alike, DJ Lance Rock and the cast of YO GABBA GABBA! are heading back on the road to play to enthusiastic fans on a 60-city tour across North America as Kia Motors Presents YO GABBA GABBA! LIVE!: THERE’S A PARTY IN MY CITY. One of today’s hottest live shows for families will make stops at top theaters, arenas and amphitheaters throughout North America, scheduled to start August 27 in Bethel, NY and ending in Dallas, TX on December 12, 2010. Yo Gabba Gabba! is created by Christian Jacobs and Scott Schultz. The tour is produced by S2BN Entertainment, in association with The Magic Store and W!LDBRAIN Entertainment. 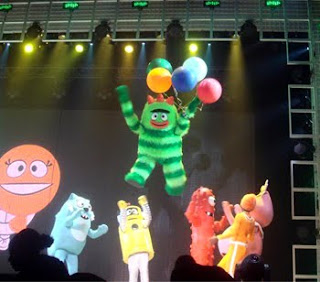 In addition to entertaining both the young and the young-at-heart, the Gabba gang also will participate in various community service projects aimed at building homes and hope in the cities they visit during their four month journey across North America. One dollar from every ticket sold during the Kia Motors Presents YO GABBA GABBA! LIVE!: THERE’S A PARTY IN MY CITY tour will be donated toward the home building efforts of the Habitat for Humanity local affiliate in each tour city.

The modern production features music, singing, dancing and animation as an interactive experience offering audience members of all ages the opportunity to witness their favorite characters come to life. Hip-hop legend Biz Markie is scheduled to join the characters on stage during the tour to teach kids how to beat box with “Biz’s Beat of the Day.” Special guests also will have the opportunity to join the party on stage for the Super Music Friends Show and Dancey Dance segments. 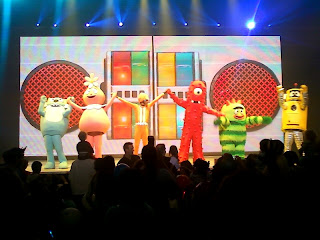 You don't want to miss this show so stop what you're doing and go to Ticketmaster.com and order your tickets now! 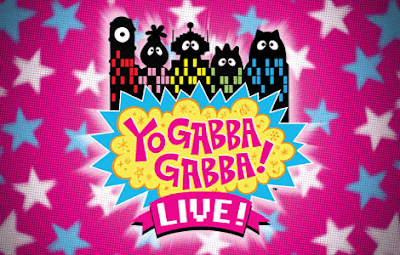