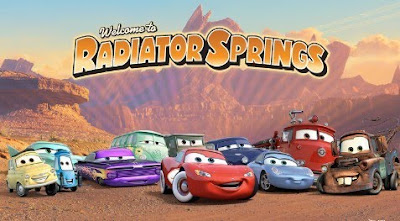 The wonderful folks at Disney put together an amazing event for the World of CARS Online Launch. With the release of CARS 2 scheduled for next Summer, the World of CARS Online reminds us why we love these animated autos so much. World of CARS Online is a virtual world based on the hit Disney/Pixar animated feature CARS. Get ready for a high-octane ride full of fun and adventure where YOU are the Car. Design your car, play games, and make new friends. Learn to race like a pro from Lightning McQueen or cruise around and tip tractors. Why? Because you can! 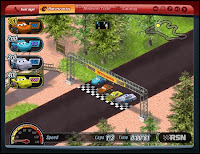 Now's your chance to hang in the Cars world - it's free to play but access to special features requires a subscription.

* Parts, gear and accessory purchases to trick out your ride and home

The event was held at Bob's Big Boy Restaurant in Burbank, CA and it was the perfect day to stop by Flo's V8 Cafe for some Big Boy Sliders, Fries & yummy Milkshakes!
When we arrived I checked in and we walked down my first red carpet ever! If the cameras weren't there I would've moonwalked down the red carpet! We walked into Flo's V8 Cafe and were greeted by Lightning McQueen, Tow Mater and Sally! It was an awesome sight! 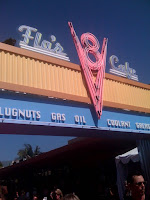 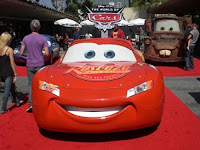 Parker went completely nuts! He ran up and gave each car a hug. Then he ran in circles around them for about 15 minutes until he was ready to join Liam and Stella McDermott in the play area. 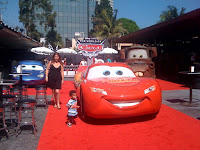 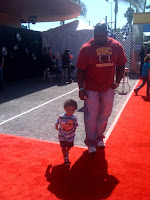 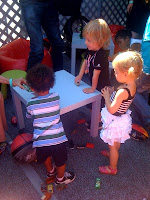 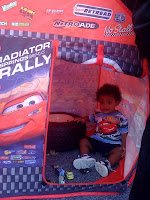 Mya posed with Sally, snatched a strawberry shake and ran off to mingle with the other kids. She hung out for a bit with Garcelle Beauvais' twin boys Jaid and Jax. 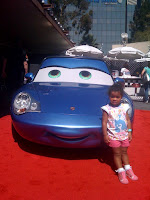 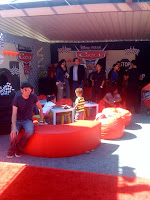 Jackson took a quick look around, checked out the play area and posed for a few pics. He said hello to Cheech Marin, the voice of Ramon and Jenifer Lewis, the voice of Flo! 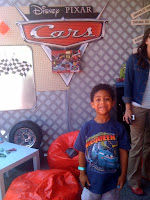 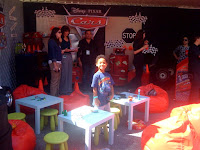 Once he was done making his rounds he jumped on a gaming station and got familiar with the CARS Online game. He was glued to the game for 3 hours straight. Luckily he had an awesome instructor! 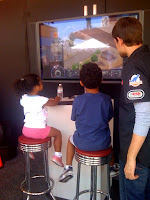 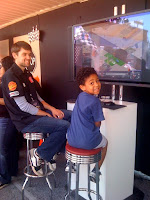 Jordan told me that Jackson was a serious Gamer and they were having a blast playing together. Thank You Jordan! One less kid I had to hunt down!

In between all the fun and games we took turns stopping to refuel on sliders, fries, onion rings, pop and of course milkshakes. You can't hang out at Flo's V8 Cafe and not try a milkshake! Parker inhaled his very first chocolate milkshake and loved it! 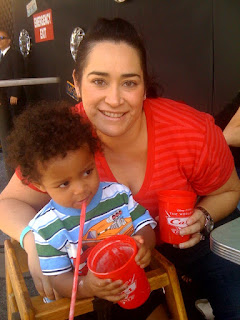 I must say the staff at this event was just as amazing as the event itself! Both Bob's Big Boy employees and the Disney Crew were all smiles. It was a hot day and they were running non-stop, but they still made themselves available to offer assistance at any time. They didn't even look at me crazy when I held a slider in each hand and asked for another milkshake! These are my kind of people!!! 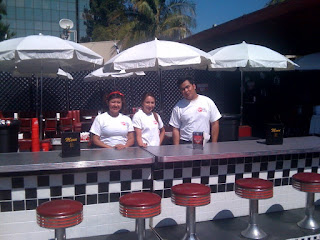 As if the kids didn't get enough treats while we were there...the Magical Disney Crew gave each one of my kids their very own swag bag filled with all kinds of CARS goodies! 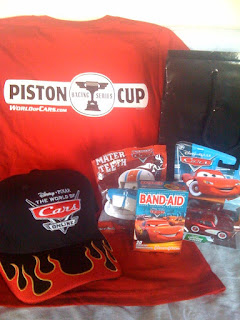 Thanks to everyone that was involved! We had a fabulous time!
Other Moms at the Event:
Babes in Disneyland: World of Cars Launch Party
Fresh Angeles: Disney Pixar Cars Online Event
Posted by Unknown at 1:59 PM