I was invited to the "Project Natal" experience for XBOX 360. The special live show was imagined by Cirque Du Soleil so you know we were in for an amazing night. I had no idea what to expect and every moment was jaw dropping! My husband and I were on the floor with the Cirque Du Soleil performers and we were so excited to be part of the show. The performers provided us with an unbelievable pre-show filled with acrobatics, puppetry, dance and music. They even pulled out members of the audience to participate and everyone on the floor felt like we were truly part of something unforgettable. 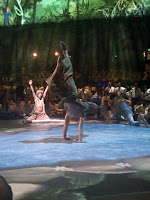 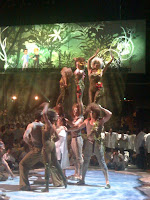 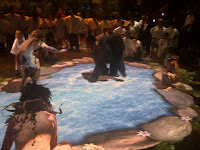 The Show itself was even more astounding. A young boy rode in on a huge elephant that I swore was real until it passed right in front of me. How could this have been a puppet? 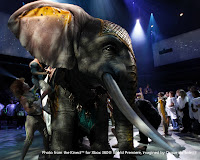 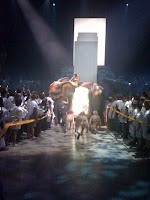 The boy stood on a giant rock and began to play XBOX. The very first ever XBOX! He stepped onto 2 more rocks. Each signify a different time in the XBOX history. Then as he stepped onto the fourth and final rock the rock began to raise up into the air and suddenly illuminated with that infamous green X we all know so well! I tell you I had goosebumps, chills and even got teary eyed! Yes, I know I am a huge mushy sap, but who could blame me? I felt like I was part of history! We all were! 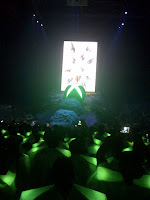 We always knew "Project Natal" was not the final name of the system. On this night the name was revealed to us in a big way. As the boy's avatar appeared to him on the screen he asked the avatar "what's your name?" and the screen lit up with the word KINECT! Again, I went all goo goo! I'm surprised I didn't throw up! I was tearing my husband's arm off with enthusiasm! The entire floor cheered up a storm! 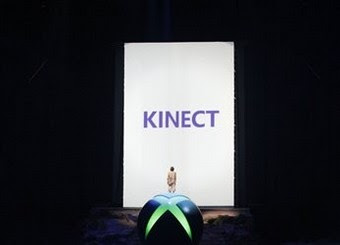 We got a taste of all the new and exciting games that will be available for the KINECT system. Yoga, racing, dancing, action, family, adventure and the list goes on. The best part is that there are NO CONTROLLERS! You are the controller. Everything you do in your living room will play out on the screen. We watched a family of four have so much fun playing together as a family and sharing the laughter. KINECT will bring Family Fun Night to an entirely new level. 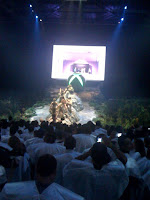 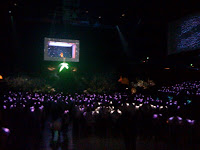 I didn't want the night to end. They just kept showing us more and more features. KINECT will take pictures of you as you play and you will be able to forward those pictures to family & friends through the system. You will be able to access Facebook, Twitter, Netflix and more all from KINECT. There will also be a Chat feature where you can video chat with anyone anywhere! I had to pinch myself because I couldn't believe what I was seeing. I was a kid in a candy store and I wanted everything they had to offer! 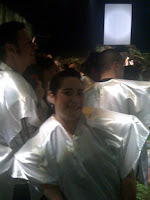 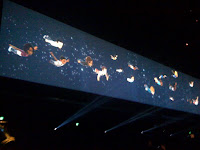 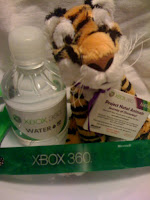 This was one experience I will never forget and the creative geniuses behind XBOX have changed the way I view gaming forever. I will sleep outside, stand in line for hours, give up cookies...whatever it takes to make sure I get my hands on the new XBOX KINECT this Holiday Season!!! It's not just any old video game console...it's the next step in technological advancement and it will make history! Do you really want to miss it? 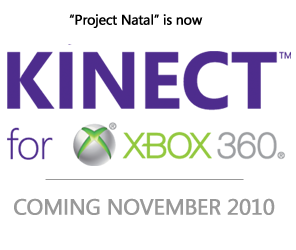