XBOX ROX your SOX off! 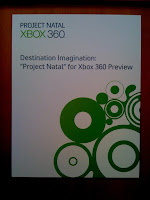 The visionaries at XBOX are getting ready to launch a revolutionary new way of gaming! Its called XBOX 360 Project Natal and what makes this new XBOX so unique is that YOU are the controller! The first gaming console of it's kind! Set to release Holiday Season of 2010!
My family was fortunate enough to be invited to a private preview of this new concept and we were so excited and curious to see what all the buzz was about. Needless to say we were impressed! 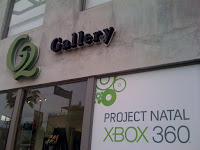 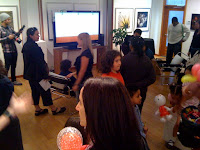 The system recognizes the player standing in front of it and each player can design his or her own avatar. Whatever the player does the avatar will imitate in the game. My son Jackson is 5yrs old and he is a big gamer! Once he got on the system we couldn't get him off! He loved it. 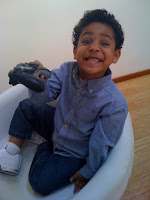 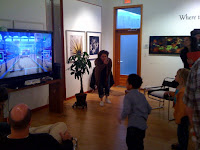 The demo game they had set up was just a "rough draft" of what's to come, but all the kids there were fighting for their chance to play. I was amazed to see how well the console picks up every movement the players made. If only one kid was playing and then a second kid walked up to the television the console instantly recognized the second kid and the game immediately became a 2 player game. You didn't have to quit the game to add a second player. It was awesome! 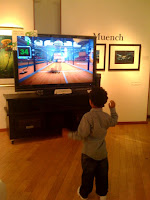 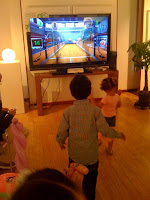 The coolest part of the game was the snapshots! After my son was finished with his turn the system would flash three different snapshots of him that it took while he was playing! Now that is truly revolutionary! 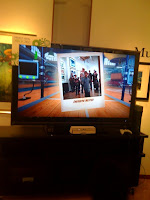 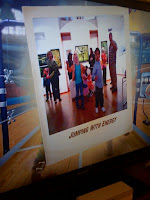 Unlike the competition, you don't have to worry about flying controllers smashing your flat screen or constantly having to charge those darn controllers. YOU are the controller!
I must say the XBOX staff at this event was just as amazing! They made sure all the kids got a chance to try out the new system and gave easy instructions on how to play. 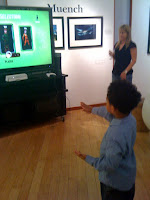 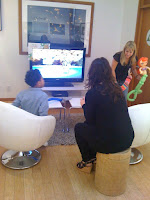 They also had the most talented balloon artist I've ever seen! This guy could make anything! The kids loved every minute of this wonderful event. Not only did they get to spend a few hours playing video games, but they were served the most delightful hors d'oeuvres, drinks & each kid got to leave with a one of a kind balloon gift! 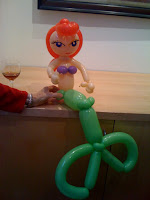 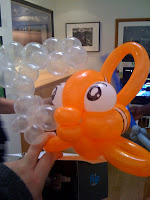 Don't think for a second us parents were left out! As a 'Thank You' for coming out and supporting their newest endeavor the generous people of XBOX gave each family a brand new Flip Mino HD. Now you know how much I love gizmo's and gadgets! The XBOX family definitely has a warm place in my heart and in my family! 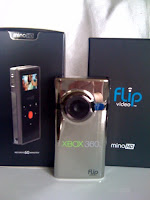 A big special Thank You & HUG to Chrystina for having us and we are definitely looking forward to spending a lot more time with the XBOX family. Love you guys! 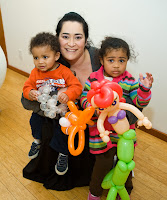