My mission...cuz I chose to take it...is to find the newest, cleanest, friendliest, nicest parks in the San Fernando Valley and so far I have come across quite a few! I have grown tired of the same old parks and would you believe that there are still so many parks that are sandy! I'm all about the foam baby! Don't get me wrong...a small sandbox area is totally acceptable because lets be honest, what kid doesn't like to play in sand? I just prefer a nice, clean, flat, foam surface.
I'm sure a lot of you already know about Brandon's Village in Calabasas. Here's a bit of info that you may not know. There is a wonderful family behind that park. In 1997 the Williams family lost their son Shane Alexander to Spinal Muscular Atrophy after only a few weeks of life. Had he lived he would have spent his entire life in a wheelchair. They realized that he would have missed out on one of the most joyful passages of childhood...playing independently in a park! This realization motivated the Williams family to found Shane's Inspiration. Shane's Inspiration is responsible for some of the most wonderful accessible parks you have ever seen. Brandon's Village is one of those parks. 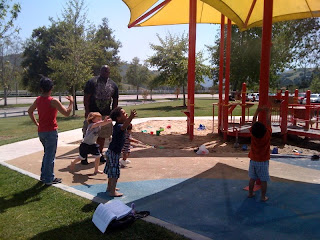 The first park on our list to visit was the original Shane's Inspiration Park in Griffith Park just down the street from the L.A. Zoo. 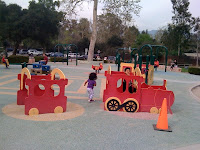 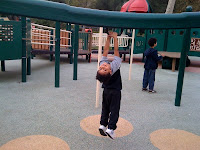 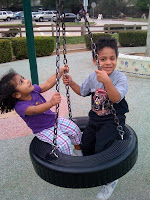 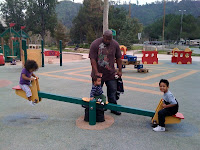 The old park inside the L.A. Zoo was torn down and replaced with a Shane's Inspiration design. It's called the Niel Papiano Play Park. 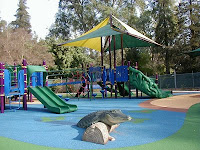 The next Park on our list of Shane's Inspiration Parks is Renee's Place located across the street from The Grove in the Pan Pacific Park. As soon as we play there I will post pics! 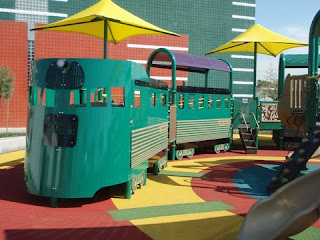 I have also made it a point to research other parks in the area and have come across a couple that I really liked. The first is the Mae Boyer Park located in Oak Park. This park was amazing! It looked brand new as if we were the first to experience it! The play structure was two-stories tall and there were so many different things to do. There was also a small toddler playground and a large grass area where I just ran in circles with my kids until they dropped! This park is a MUST! 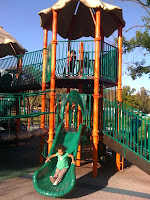 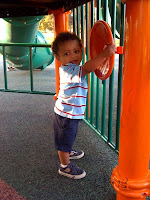 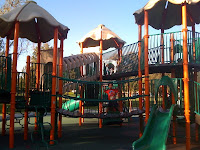 In the following week we will be heading over to the Juan Bautista De Anza Park in Calabasas. I drove by and took a look while the kids were passed out in the van after playing at Mae Boyer. The park was very cozy. It was so quiet and looked very clean and new. I will add pics of this park as well!
My goal is to find and review at least 6 new parks! (I multiplied the number of my kids by 2 and figured it would be a good number)
Let's see what I find!!!
Posted by Unknown at 2:48 PM